We are excited to once again welcome you to a Wealth Summit! Be our guest for drinks and hors d’oeuvres at our 2022 Summer Wealth Summit at the beautiful National Veterans Memorial as Colonel William J. Butler, U.S. Army (Retired) shares military disciplines that can help all of us live great lives and touches on some of the current world military and geopolitical situations. 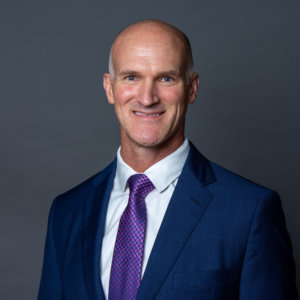 Bill retired after 27 years of active-duty service all over the world. He grew up in Cincinnati, Ohio and was a Distinguished Military Graduate from Eastern Kentucky University, where he was commissioned a Regular Army Second Lieutenant in the Infantry in 1990.

He commanded Light Infantry, Ranger, and Airborne units thru battalion level and served as a Task Force Senior Trainer at the Joint Multinational Readiness Center. He has extensive staff experience from the battalion thru combined / joint task force level. Additionally, his combat deployments include three year-long deployments to Iraq and Afghanistan, in support of OPERATION IRAQI FREEDOM I and OPERATIONS ENDURING FREEDOM VI and X, all with the 173d Airborne Brigade Combat Team.

His most unique Army experience was as a military technical advisor and stuntman for the movie Blackhawk Down. Bill has been a mentor, trainer, and military leadership panel member for Emory University’s, Goizueta Business School.

Before retiring from the Army in 2017 he was the Director of Operations for U.S. Army Cadet Command, where he planned and executed the Army’s largest training exercise in the continental United States. He was a Department of the Army senior civilian in Vicenza, Italy for two years before moving back to Ohio in May 2019 when he joined the team at the National Veterans Memorial and Museum.

Bill and his wife, Mindy, are the proud parents of two adult children, who have both chosen professions in public or military service. Throughout his career, he received numerous awards and honors.