Note: This event will be held in-person at Brookside Country Club. 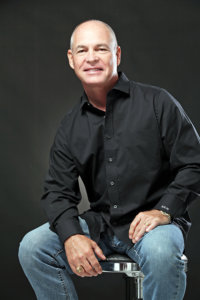 A native of Greenville, South Carolina, Kevin is a graduate of The Citadel and a post-graduate of Virginia Tech University. Upon completing college, Kevin began his career with the Fluor Corporation, one of the world’s largest engineering and construction companies. Throughout his 20+ year career with Fluor he excelled through the ranks to became Vice President of segment sales and operations in the U.S. and with assignments in multiple countries where he navigated existing and start-up operations through challenges, downturns, scale-ups and success.

Kevin was later recruited by Rental Service Corporation as Vice President of Sales and Operations where he helped lead the company out of a recession plagued environment to an ultimate sale of the company to United Rentals Corporation for an unprecedented industry multiple.

Following his heart, Kevin’s next career adventure led him toward helping private business owners and leaders to succeed not only in business, but also with an enhanced quality of life. An ensuing purchase of Chief Executive Boards International facilitated this calling in which Kevin re-energized a legacy organization to provide an elite, business leader peer advisory growth and development experience.

After multiple assignments throughout the world, Kevin continues to lead Chief Executive Boards International and enjoys facilitating the platform with which company leaders throughout the U.S. improve their businesses and life fulfillment. When he’s not working to assist others with their success, he enjoys travel adventures and living on Fripp Island, South Carolina with his wife, Angelina.