TJG note: What began as the casual use of alcohol and pot by Paul and Ellen Schoonover’s son Matt, led quickly to experimentation and then addiction to pain pills and ultimately to his death in 2012 from a heroin overdose at the age of 21. Now heavily involved in Ohio’s fight against this scourge, Paul and Ellen sat down with Joseph Group CEO Matt Palmer to share their story.

MATT: We shared a bit of your story some years ago, but for our newer readers, please give them a bit of Matt’s background and describe when you first recognized that he was struggling. 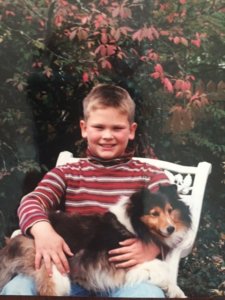 ELLEN: Matt grew up like many of your readers’ children—in a loving and supportive family with emotional and financial security. He was funloving, had a huge heart and tons of friends. Matt was active in our church all through his childhood, went to camp in the summers, was involved in school sports (baseball and soccer), and attended Worthington Christian High School, graduating in 2009. Sadly, however, Matt began regularly using pot and alcohol particularly during his senior year and we now suspect that he did that in part to self-medicate the anxiety and stress that was part of his ADHD.

PAUL: The summer after he graduated, Ellen and I were hopeful Matt would benefit from a fresh start by attending Lee University. It was when he was a freshman there, however, that he and a friend began using pain pills regularly (Vicodin, Oxycodone and Percocet). His grades fell and he was forced to leave school after that year and returned home to work in the restaurant and catering business. While we knew he was abusing these drugs, we had no idea how addicted he was. And we had no idea that pain pills were, from a molecular standpoint, almost identical to heroin. It is why so many who are addicted to pills go on to use heroin. It does the same thing to the brain. 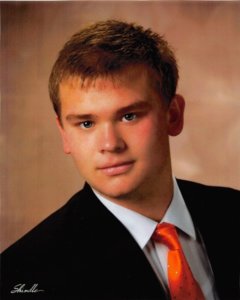 ELLEN: Matt lived at home and worked for the next two years. With the help of his ADHD doctor, Matt attempted to detox at home (his doctor prescribed meds to help him with the side effects of detoxing.) One morning in April of 2012, I noticed that he had not gotten up to go to work. I went into his bedroom and it was then that he shared the words I’ll never forget, “Mom, I need to go to rehab, I’m addicted to heroin.” At first I thought he was joking until the tears began running down his cheeks. Mind you this was six years ago—no one was even talking about heroin as an epidemic— particularly in the suburbs of Columbus. Paul and I immediately got him into the Woods at Parkside for a live-in rehab program. He stayed for three weeks and was released after successfully going through the program. We now know that three weeks is not nearly long enough to overcome an opioid addiction.

PAUL: The next morning, Matt and I made plans to play golf in the  afternoon following a Narcotics Anonymous meeting which he planned to attend. He was going to call me when the meeting was finished. When I didn’t hear from him, Ellen and I began to call his cell. We contacted his friends and they started trying to contact him as well. As the hours went on and he didn’t pick up, which was highly unusual, I had a sense that something terrible had happened. At 9:30 that evening, the Columbus Police came to our door to share that he had died in what appeared to be an overdose. It was May 11, 2012. I’ll never forget what I said to Ellen, after the officer left our home:

Matt’s death will not be in vain—we’re going to do something to help others. 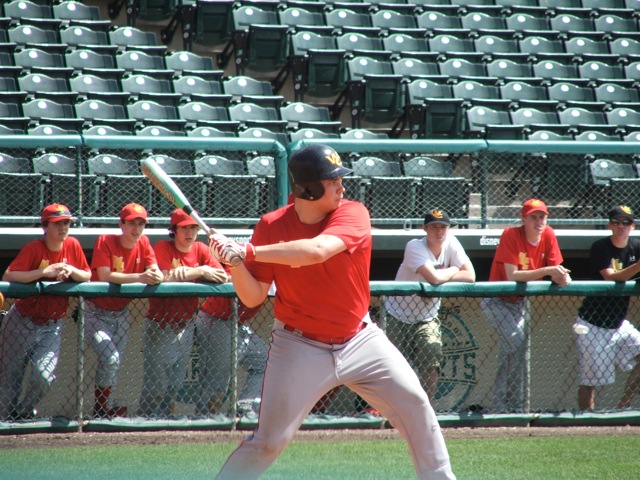 MATT: We talk a lot about the “second half” that many of us will have—shifting our focus off our careers and onto an even greater purpose or mission. This isn’t a cause you wanted to have but you’ve taken your grief and turned it into a true mission, joining others in Ohio advocating for greater awareness of opioid addiction and how to prevent it. How soon after Matt’s death did you start to get involved?

ELLEN: Paul got involved immediately. Matt died on May 11 of 2012, and on May 29, Paul spoke at Grandview High School. Our new life’s purpose had begun. Initially, Paul volunteered with Tyler’s Light, a nonprofit established in memory of another young man who also lost his life to an opioid overdose. Two years later, we joined the Drug Free Action Alliance which is now called the Prevention Action Alliance (PAA), a certified prevention agency leading the way in substance misuse prevention and increasing mental health awareness. Paul serves on their board and I’ve become an active volunteer.

PAUL: Some of PAA’s programs include the Ohio Youth-Led Prevention Network, Ohio College Initiative to Enhance Student Wellness, and the Statewide Prevention Coalition Association (SPCA), which helps foster solidarity and support for local coalitions, professional training and educating about the effects of marijuana. 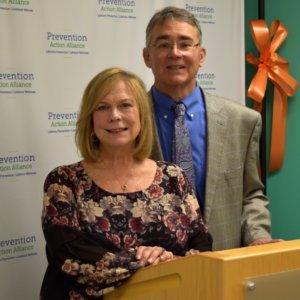 ELLEN: And Paul and I volunteer with PAA’s GAP (Grief to Action to Prevention Network), which reaches out to parents who have lost a child to an opiate addiction. Through GAP, we provide parent peer support, resource packets and an annual conference with leading experts on grief and addiction. Last year, Nicole Labor, DO, spoke at our conference. Nicole is a nationally known specialist in opioid addiction treatment and an expert on the neuroscience of addiction.

MATT: What are we learning about addiction?

Paul: Most importantly, we’re learning that addiction is a disease that happens in the brain. As such, it’s now vital that parents, families, communities, health workers and legislators treat it as a disease and not as a behavioral issue. The science underlying addiction is helping to erase the stigma associated with it. The field has even changed the name of a person who misuses drugs and alcohol from addict to someone with a substance use disorder.

MATT: In addition to your primary work with PAA, what are some examples of other initiatives or events that you’ve been part of?

PAUL: When Governor Kasich launched the Start Talking program several years ago, he invited me to speak with him at press conferences around the state to share Matt’s story. Ellen and I have participated in several  round table discussions for the faithbased community sponsored by Dr. Anahi Ortiz, Franklin County Coroner. I served on a panel for the ABC 6 Town Hall Hooked on Heroin program that was aired across the country. We’ve spoken to the Board of the Funeral Directors Association to help them understand the more complicated grief associated with death from overdose (this kind of grief involves guilt, shame, blame and anger with the result that surviving family members often isolate rather than reach out for help) and provided them with our GAP resource folders to give to families who suffer this kind of loss.

We participated in a NAMI (National Association for Mental Illness) Conference in Toledo on the mental health issues associated with substance use disorder and we participated in a panel on substance abuse sponsored by the Ohio State Bar Association which featured Sam Quinones, author of the widely acclaimed national bestseller, Dreamland: The True Tale of America’s Opiate Epidemic.

ELLEN: I have volunteered for a Youth to Youth camp, a national program that works with high schoolers to help them say no to drugs and alcohol. Together, we met with the Ohio State School Superintendents’ Association and we were interviewed on CBS Sunday Morning. Locally, Paul and I have spoken at town halls, churches and high schools. And Paul continues to speak monthly at the Woods at Parkside, sharing with their current residents the danger of using even one more time after their release, which is what our son Matt did. One resident shared that because of Paul’s talk, he was going to call his mother and tell her where he had hidden heroin in his room at home—which he wanted available, if needed, after his release. On another occasion, Paul was going through a drive-through and the cashier recognized him and shared that because of Paul’s talk, he had gotten clean and was now on a totally new career and life path.

PAUL: By the time this article is published, we also will have participated in a conference being held at OSU on
June 23 entitled, “More Than a Number,” which will honor children who have passed away from addiction. Ellen has written a skit and will be a speaker. June 23 happens to be the 174th day of the year and it also represents the number of people who die every day in this country from a drug overdose.

MATT: Clearly you’ve put your hearts and souls into this cause. What is your goal for all that you are doing?

PAUL: That’s easy: save one.

As I shared earlier, we don’t want Matt to have died in vain—so all that we now do is focused on saving others from losing their lives to an overdose.

MATT: What role has your faith played in all of this?

ELLEN: It’s a really good question. Losing a child is the deepest form of grief there is. And we want your readers to know that we have survived that, particularly through our faith in God. We have seen God at work in all that we’ve been through these last six years—drawing us closer to Him and to each other and enabling us to receive love from others and to share love with others. Through Matt’s struggle and death, God has made us more like Him—more compassionate and less judgmental. God is good and the rope between Him and us—the rope that is our faith—has held. We’re very grateful for that.

MATT: Paul and Ellen, thank you for sharing this very challenging yet incredibly inspiring story with our readers. May your courage and your incredible faith, hope and love inspire our readers to live their lives in pursuit of a mission greater than themselves. And may God continue to bless you and your efforts in helping our nation solve this tragic opioid crisis. 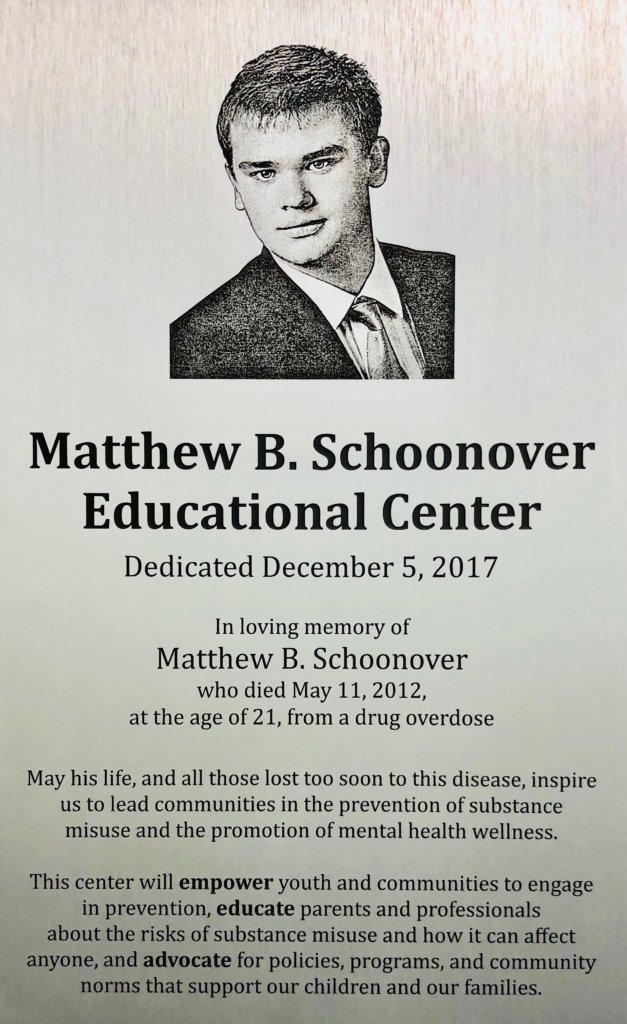 The Matthew B. Schoonover Educational Center

ELLEN: Through the generosity of a number of people as well as some grants, PAA established an educational center in our son’s name earlier this year. Located in PAA’s offices, this will be a place where local, state and national leaders in prevention can meet to develop solutions to the challenges every community faces and create resources that we will make available to youth, community and higher education leaders.

* No portion of this Client Story should be construed as an endorsement of The Joseph Group’s services, or as a guarantee that he/she will experience a certain level of results or satisfaction if The Joseph Group is engaged, or continues to be engaged, to provide investment advisory services.