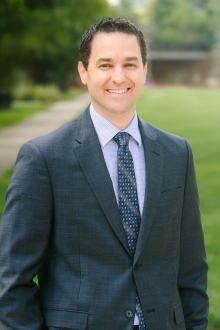 Todd loves the “light bulb” moment. That aha moment when someone realizes they can afford to do something they didn’t think was possible. As advisors, all of us at The Joseph Group live for that. I say it all the time: “Money is only a tool,” and when that tool is put into action in someone’s life so they can live out their story, it is incredibly powerful to watch. Todd feels blessed to have a front row seat, cheering on our clients.

Todd’s favorite Joseph Group value is Humility. It has been said that humility is not thinking less of yourself, but thinking of yourself less. It elevates others. At The Joseph Group, that means valuing our team and our clients. He feels blessed and is grateful to have the opportunity to be where he is, doing what he’s doing, with The Joseph Group team.

Prior to joining The Joseph Group in 2009, he was a financial planner with Ronald Blue & Company in Indianapolis, where he served high net worth individuals implementing comprehensive financial plans and investment solutions. Todd’s career also includes time at Ernst & Young specializing in individual income taxation, and a short stint as an auditor with a regional accounting firm. He obtained his CPA in 1999 and his CFP® in 2006.

Todd is an Elder at Scarlet City Church in Clintonville. He’s a BIG sports fan – he’ll watch anything! He loves football, tennis, and golf especially. Someday he plans to go to all four major championships for both tennis and golf. He also enjoys going to Blue Jackets games with his family. He is a 1998 graduate of Miami University where he met his wife, Elise, who cares for their two young daughters. His new hobby: smoking meats on the weekend!