We remember with gratitude the many veterans who have served our nation.  One such veteran, 93-year-old Dick Wood, was featured in The Columbus Dispatch over the weekend and we thought his story was worth sharing. 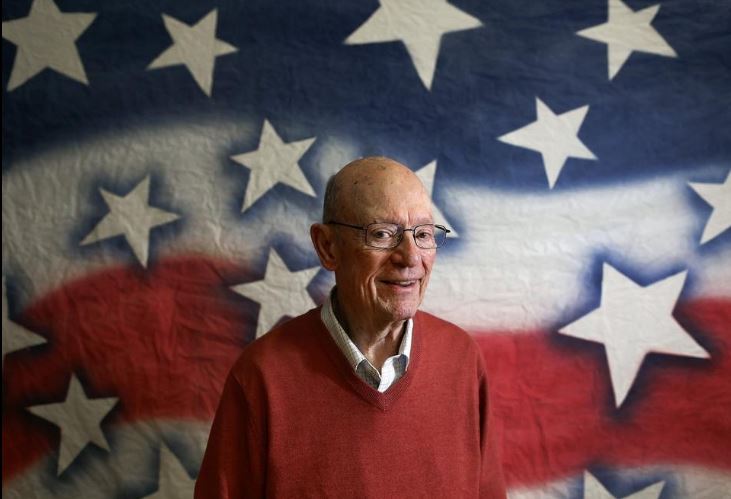 As a staff sergeant and tail gunner in the Air Force during WW II, Dick participated in 47 combat missions in the South Pacific Islands.  But years later when he took his grandson to the National Air & Space Museum in Dayton, he choked up when he climbed inside a plane just like the one he flew.  “I got inside and my head came up in that bomb bay…my God, the cordite, I could smell it.  The anti-aircraft fire, I could hear it.”  He got out embarrassed but now knows there was no reason to be.  “When you know people died because of what you’ve done, it’s an awful thing, even when the mission is honorable.  People become uncivil in war and they bury that.  The damage of it surfaces in strange ways.”

After his service in the military, Wood attended college followed by a career as a successful salesman and then business owner.  In the 1980’s he went through a two-year program to study spiritual guidance and then began a 20-year second career as a volunteer counselor to those dealing with emotional trauma (veterans and others) including post-traumatic stress disorder.

Looking back, Wood realized that he too had suffered from his military service.  He shared how he found healing when he spent a college summer at his aunt and uncle’s farm in Ross County.  There he slept under the stars, did hard manual labor during the day and sat quietly on the front porch with his uncle during the evenings, sometimes reading poetry together.  He believes the serenity of that summer helped flush out the remnants of war that Wood didn’t even realize were hidden inside him. 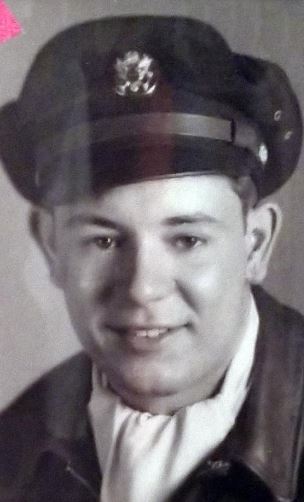 Dick Wood was a staff sergeant in the U.S. Air Force during WW II

Earlier this year, when Dick read a Dispatch article about Save A Warrior, a nonprofit “war detox” organization that runs a healing retreat for veterans and first responders in rural Licking County, he shared his own story and that of Save A Warrior with a friend of his who is a quiet philanthropist that believes in “anonymously improving the world by helping one person at a time.”  That friend recently made a $250,000 gift to the nonprofit, which will enable it to serve even more veterans.

Wood knows he has lived a blessed life.  Married 63 years to Margaret (she died in 2013), Dick has three children, six grandchildren, and 10 great-grandchildren which keep him young.  Even now he works out an hour a day, takes painting classes and meditates/prays every afternoon.  “God’s been good to me.  I felt called to help others and I’ve tried to do that.”  (excerpted from Columbus Dispatch article – Sunday, November 11, 2018)

Thank you, Dick – not only for your military service but also for the years of volunteer counseling you did in retirement.  Thank you for mentioning Save A Warrior to your philanthropist friend.  And thank you for reminding all of us that we are never too old or too young to help others.

As we celebrate Dick Wood’s life of service, we also celebrate all of our veterans – living and deceased – for their service to our country.