> Wealth Notes > Inspire > Perseverance, On Mars and In Life

Perseverance, On Mars and In Life 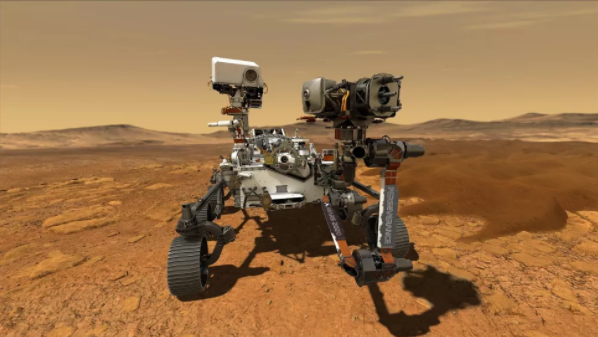 I’m obsessed with NASA’s Mars Perseverance, the rover that landed on the red planet last week. It’s probably because I’ve read science fiction all my life – my father and older brother both read sci-fi when I was a kid – so I’ve always been interested in space.

The Perseverance is the most technologically advanced Mars rover to date, and NASA is hoping it lasts at least two Earth years, traveling the planet and looking for (among other things) evidence of ancient microbial life. It’s already sent back thousands of still images plus video and AUDIO! In addition to its 23 cameras, Perseverance has two microphones on board. It is actually the third NASA robot to carry audio equipment to Mars, but it is the first to record and send back sound. If you haven’t seen and heard what has already come back from Mars, check it out at NASA.com https://mars.nasa.gov/mars2020/ and feel the wonder of knowing this is audio from another planet!

Seeing the NASA team’s excitement during the successful landing lead me to read about the various very smart people responsible for this incredible achievement. I was particularly inspired by systems engineer Nagin Cox.

Cox was born in India, but raised in Kansas. During a less than ideal childhood, Cox dreamed of getting away and was inspired by Star Trek and Carl Sagan’s ‘Cosmos.’ She wanted to explore the universe but knew she didn’t want to be an astronaut, so she set her sights on working with robots and NASA’s Jet Propulsion Laboratory (JPL). She attended Cornell, then went into the Air Force in 1986, working in systems engineering at Wright-Patterson Air Force Base in Dayton. She later earned her master’s degree in space operations engineering and joined the JPL in 1993.

Now 53, Cox has been with the JPL nearly 30 years. She has taken part in iconic NASA missions such as Galileo, and the Mars rovers Spirit, Opportunity and Curiosity. She currently serves as a deputy leader for Perseverance’s engineering operations team. Since her first day at the JPL, Cox has written the acronym IWWTWF in the top right-hand corner of every notebook. It stands for I was willing to wash floors – a constant reminder of just how badly she wanted to work at NASA.

Cox became what she hoped to be as a young girl: an explorer of the universe. “I have never expected that anyone would remember my name,” she says. “But I’m hopeful they will remember my missions.” I, for one, plan to remember her name.