Pro Football Nostalgia and the Fragility of Life 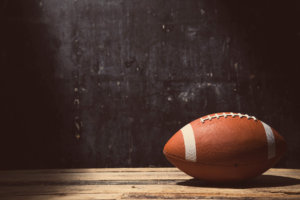 I’m a football fan in my mid 60s. And I played football in high school and college (small college football – Woody just wouldn’t take a look at me!)

With the Super Bowl coming up this weekend, I read with interest and a touch of nostalgia Ben Shpigel’s January 22, 2021 New York Times article “Every Two Months, One of My Teammates Dies.”

Football fans my age and older will remember Vince Lombardi coached Green Bay Packers dynasty that won five NFL Championships and the first two Super Bowls from 1961 to 1967.  Shpigel was interviewing Bob Long, a member of those mid-60s Packers teams.

Last October, Long received a call from Dave Robinson, a Hall of Fame linebacker on Lombardi’s last three Packers teams. Robinson called to let Long know of the passing of a Packers player from the mid-60s. “Every two months,” Long, 79, said, “one of my teammates dies.” The last four, who died over a nine-month span last year, are all enshrined in the Pro Football Hall of Fame.

“It snaps you back into reality,” said Robinson. “We live in a fantasyland. Everything’s always been good or great – you play ball, you won your share of games, you won championships and were at the very top of your game. Nothing can go wrong. Then you get older and start losing teammates and realize how fragile life is. And you keep looking in the mirror saying, “will I be next?”

The immortals live on in video clips and photographs, but what endures for their teammates is what makes their absences so much harder to bear: the intimate moments they shared, the ones that unfolded away from public view.

Bill Curry, the center for Hall of Fame quarterback Bart Starr, had never played on an integrated team before joining the Packers. Insecure, he worried how the team’s Black players would react to his Georgia accent. Instead, he was humbled by the promise of Packer teammates Willy Wood and Willie Davis to help Curry – the next to last pick in the 20-round draft – make the team. Whenever Curry needed some confidence building, he sought out Davis, whom he called Dr. Feelgood. With a smile, Davis told Curry to “feel good,” that he could do it.

“It was an unexpected, undeserved, unrewarded act of kindness from a great leader, and those moments change lives,” said Curry, who would go on to coach 26 years in college football and the NFL. “I had no choice but to respond to that. I never looked at human beings, any human being, in the same way again that I had previously. And when I began to coach, it was my primary mission to be sure that nobody on our team ever felt the sting of racism in our locker room.”

The title to Shpigel’s article caught my eye, and I expected to enjoy reading names from my younger NFL TV watching days, and I did enjoy reading those names, but the article gave me a few more significant take-aways: 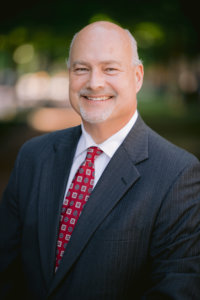 Source: nytimes.com, “Every Two Months, One of My Teammates Dies.“

Check out this article's companion entitled, Will “Interest” In Municipal Bonds Go Up in 2021?.