Success and the Growth Mindset 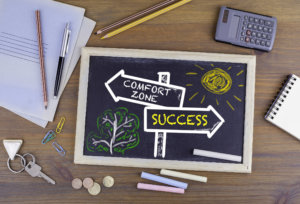 Carol Dweck wrote in Mindset, about how she observed ten-year-old kids struggling with a series of puzzles. One of them, confronted with a harder puzzle, “pulled up his chair, rubbed his hands together, smacked his lips, and cried out, ‘I love a challenge!’”

“I never thought anyone loved failure,” she thought.

I doubt they do—but you do need to enjoy the process.

Carol says we have either a fixed or growth mindset. Those with fixed mindsets believe that intelligence, personality, and character are carved in stone and, in experiencing life, expect that they will either succeed or fail, appear smart or dumb, be accepted or rejected, and feel like a winner or a loser.

Those with growth mindsets believe that those qualities can be developed with passion, effort, and perseverance.

I’ve been coaching a lot of people in career transition due to the economic impact of the pandemic―lots of fixed minds:

Many of them choose to remain mired in their unemployment, applying to jobs they see posted on the internet. Then there are those with growth mindsets who embraced a new process. They stepped out of their comfort zones into their growth zones and learned to do what they had not done before. They developed their list of target companies; activated and grew their networks; adopted new ways of thinking and talking about what they want and secured new opportunities as a result. They were coachable.

According to Dweck, Malcolm Gladwell, “has suggested that as a society we value natural, effortless accomplishment over achievement through effort. We endow our heroes with superhuman abilities that led them inevitably toward their greatness. It’s as if Midori popped out of the womb fiddling, Michael Jordan dribbling, and Picasso doodling.”

Neither was Muhammad Ali. He lacked all the physical measurements of a great fighter including the physique, strength, or classical moves of one. He boxed all wrong but still beat Sonny Liston.

Neither was Wilma. She was a premature baby, constantly sick as a child, and nearly died of a long struggle with double pneumonia, scarlet fever, and polio that resulted in a severely paralyzed leg. Doctors believed she would never walk normally. But after years of dedication and challenging physical therapy, she removed her brace and walked. Wilma Rudolph became an Olympic gold medal winner and “the fastest woman on earth.”

So, what is success according to Dweck?

Regardless of your pursuits, press on with passion. Stretch yourself. Stick to it. And as Carol suggests – engage the power of “yet.” As in, “I just haven’t accomplished it – yet!” 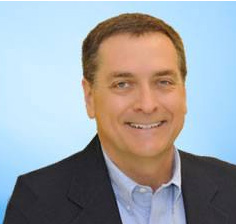 This WealthNotes Inspire was written by Jim Gernetzke, business/life coach and founder of Nos Lumine