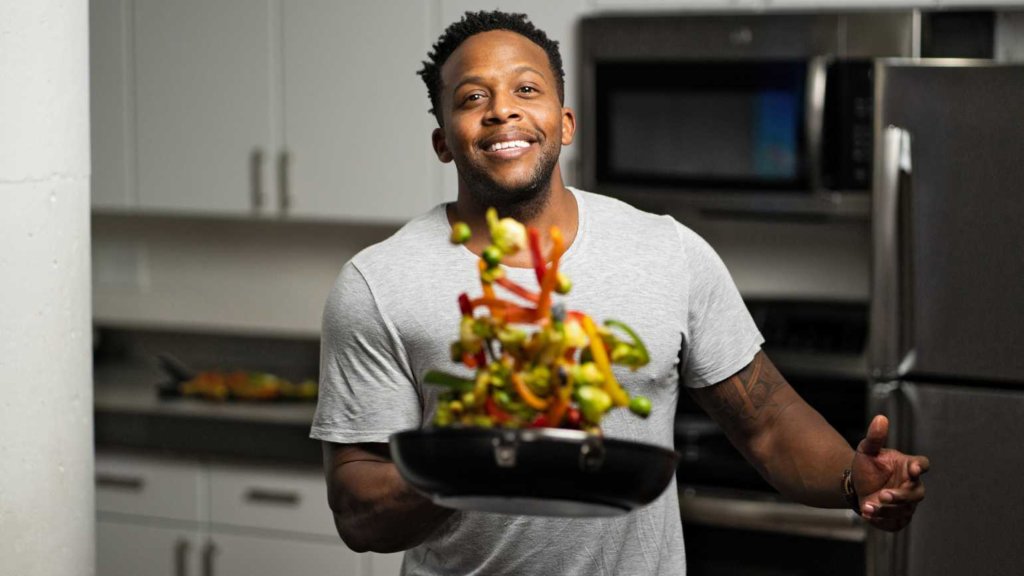 A recent article from the April issue of Guideposts Magazine caught my (Matt) attention.  The author, Kevin Curry, shared how he had used his own struggle with depression to build an entirely new career that helps others.  I thought that sharing his story in this issue of Wealth Notes might be helpful to many of us – reminding us that areas of weakness in our life (not just strengths) can become paths to living a great life.

Kevin was raised early on in a normal African-American middle-class family.  But once his dad’s health problems resulted in permanent disability, their middle-class lifestyle collapsed.  Kevin began to struggle in school and got farther and farther behind academically.  Art became an escape for him – he found himself drawing over and over again a young black man in a t-shirt and blue jeans whose dreads covered his face.  Kevin kept drawing this figure in various fatal scenes, not realizing that he was expressing his own internal pain and the dark cloud of clinical depression that had covered him.

In spite of his struggles, Kevin’s college years were good enough academically that he was accepted into Harvard for grad school. But it was there that the depression returned – a combination of the intense academic pressure he was now under and the cold, dark Boston winters.  He started drinking almost every night and slipped dangerously into a dark hole.  Something had to change.

It was a meeting with a therapist that finally unlocked the door to healing.  She helped him understand that depression was an actual illness that some people are more susceptible to.  He moved back home, began to get treatment for his depression and slowly but surely, began to rebuild his life.

Cooking and fitness were also key to his enhanced mental health – he discovered that he loved to prepare healthy meals and workout regularly.  While managing social media for a large computer company he began to post pictures of the dishes he was making on a Tumblr blog to build a community centered around healthy food and to get free advice on his diet.  And at his local gym, he met a trainer who encouraged him to develop a specific workout plan.

Cooking and fitness had become his passion and he decided to make them his purpose in life as well.  He began by creating an Instagram account called FitnessAndFaith and posted words of inspiration on it, along with photos of new dishes he was preparing. One day he posted a photo of a banana split he had made with Greek yogurt, granola, berries and chocolate chips. It went viral, his Instagram account going from 10,000 followers to more than 100,000 in less than three months! Every day there were literally hundreds of people turning to him for fitness tips, healthy meals that didn’t take a lot of work and daily pick-me-ups to stay positive.  He changed the name of his Instagram to @fitmencook and, in 2014 left his day job to pursue this newfound passion. Five years later, with more than two million social media followers, two best-selling apps (with over one million downloads) and a top-selling cookbook, Kevin Curry shares that his passion hasn’t faded; it’s only grown stronger.

Kevin’s willingness to share his struggle with depression led to his founding a new career that helps others achieve their health goals.  Is there a struggle in your life that could lead you on a new path to a greater purpose and greater joy?  How can you turn that struggle into a force for good?  Dig deep and find that life – your great life could be just around the bend.