It’s the age-old question: can money buy happiness?  CBS Sunday Morning did a segment last Sunday that asked that question.  Their story began by sharing Christian Hinojosa’s take on it.  In 2000, fresh out of Amherst College, Christian took a very high paying job as an investment banker. 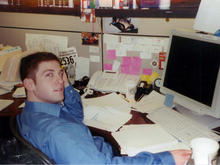 Chris Hinojosa when he was an investment banker. / Source

“Here I am, 21 years old, making six figures, flying all over the world, and had a car service at my disposal.  But I was miserable. I remember thinking, ‘all I’m doing is trying to make money for my clients, my bosses, and myself; I don’t know if I can do this for very long.”

Fast forward 13 years and Christian by then was a member of the Dallas Fire Department, living in a modest two-bedroom rental and making a lot less money. When asked if it was worth it, he gave a resounding YES!  “I may have left a ton of money on the table, but my quality of life has gone through the roof and I love what I do.” 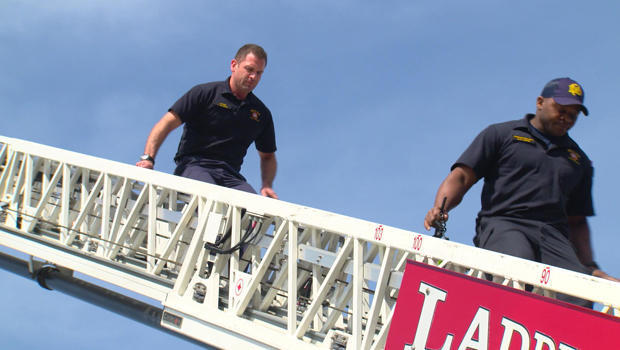 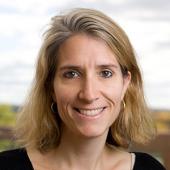 Amherst College psychology Professor Catherine Sanderson was Cristian’s undergraduate advisor. She says his decision to leave investment banking was especially tough in our money-focused culture. “There is this assumption that, if I just have a little bit more, I’ll be happy.” But to that ultimate question, can money buy happiness?

Sanderson’s emphatic answer is “No.” The key to contentment, she says, is not how much you earn, but how fulfilled you are doing whatever it is you do.  And when you talk to people who love their jobs, overwhelmingly what they say is not, ‘I love my paycheck,” but, ‘I find my job meaningful.”

It’s something she is trying to teach her own college-age son: “I remember being at a brunch with some of his friends’ parents. And I said, ‘I think my son, Andrew would make a wonderful high school teacher.’ And another parent at the table said, ‘Oh, he’s very bright; he could do so much better than that!”  And therein lies the challenge – pursuing fulfillment and service to others in a culture that says to pursue money. 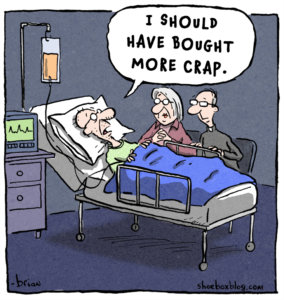 Sanderson shares that the research is very clear – once a person has enough income to pay for their basic needs (current expenses, future retirement, college education for children, etc.), making more money won’t bring more happiness, especially if the extra earnings are spent on more stuff.  The reason is what psychologists call the “hedonic treadmill.” Like hamsters on a wheel, we keep running after more stuff, never satisfied with the stuff we already have. Sanderson said, “In my talks, I like to show a cartoon of an older man lying on his deathbed, with the quote, ‘I should have bought more crap.” So, if spending money on stuff won’t make us happy, how should we spend it?

Harvard Business School professor Ashley Whillans and her colleagues have an answer.  They did an experiment in which they handed out cash to two groups of people, telling one group to go buy something (clothes, etc.), and the other group to pay someone to do a hated chore, like laundry, so that instead they could enjoy spending time alone reading or exercising or with a loved one. Guess who was happier?  “Even spending as little as $40 to buy ourselves out of a negative experience like cooking or cleaning can have significant benefits for people’s happiness versus buying more stuff.”

Bottom line, if happiness is a goal, pursue greater fulfillment when it comes to a career, not greater earnings.  And spend money on experiences, not stuff.