The Power of Perseverance

Perhaps you’ve heard of Meb Keflezighi, a world-class marathoner and an American citizen originally from Eritrea – a small war-torn country on the horn of Africa.  For all of us facing the challenge of aging, Meb’s story (shared in the March 2019 issue of Guideposts Magazine) is a great inspiration. 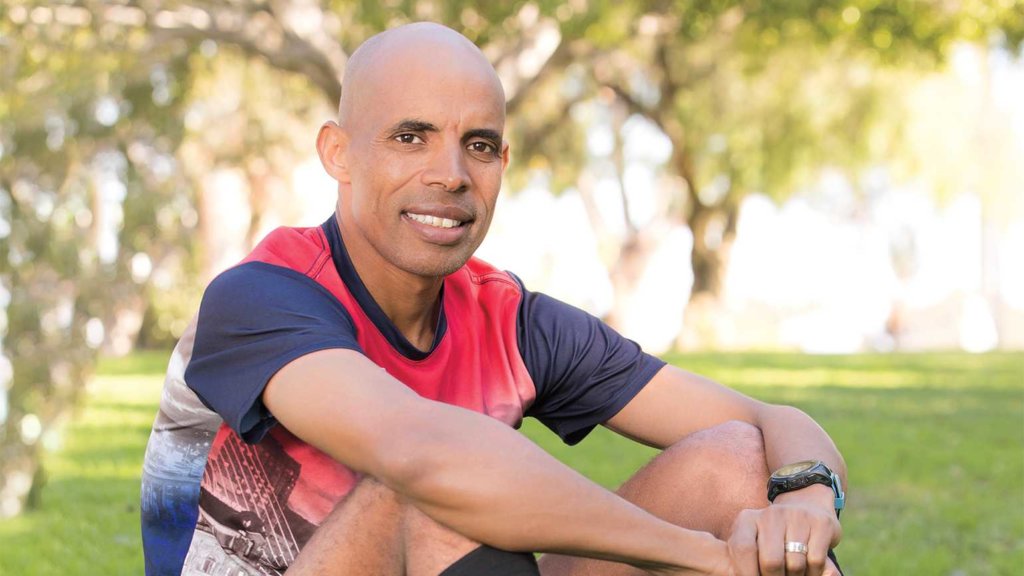 His father was a freedom fighter in their country’s war against Ethiopia.  When the family escaped and moved to San Diego, Meb had no idea that he would become a runner: his parents’ focus was on his schooling.  But in the 7th grade, Meb ran a 5:20 mile and his coach realized his potential.  He took up the sport and soon was winning 5 and 10k’s – all through high school and at UCLA.  In 2001 he set the U.S. record for 10,000 meters and then began his training for marathons, finishing 9th in the New York City Marathon in 2002.  Two years later he finished fourth at the 2004 Athens Olympics, followed by a third in the 2006 Boston Marathon.  The next couple of years saw his times trail off as he battled injury after injury.  And turning 33, Meb wondered if his best days were behind him.  But by easing up a bit on his training schedule and being kinder to his body, he returned to top form, winning the New York Marathon in 2009, followed by a first place in the 2012 Olympic trials and then an incredible win in 2014 at the Boston Marathon –  the first American to win that race in three decades.

Age finally caught up to Meb and at 41 he finished 13th at Boston and then 11th at New York City.  Knowing that it was time, he retired from professional running but hasn’t left the sport – serving now as a race ambassador at marathons, running charity marathons and serving as an encourager to amateurs and pros alike.

In discussing his racing career he recently shared that while seeing his times taper off in those final years was difficult, he chose to focus on the inner strength, perseverance, discipline and faith that he was continuing to build – traits his parents had shown in their flight from Eritrea and traits that he wants to pass on to his three daughters.

None of us are world class athletes.  But we all can appreciate the realities associated with our aging.  Like Meb, let’s not focus so much on what we can no longer do but what we can do – and how we can continue to build the virtues of inner strength, perseverance, discipline and faith – virtues that will help us in all aspects of our lives – and virtues that we can pass on to our children and grandchildren.

Anyone up for a run?