Todd Bol, the founder of the Little Free Library Box movement died last week at the age of 62, after a battle with pancreatic cancer. 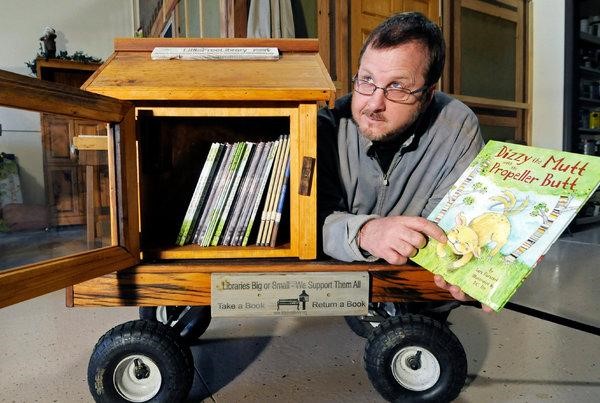 It was in 2009 that Todd was renovating his garage and had some spare wood left.  He decided to honor the memory of his schoolteacher mother by building a replica of a schoolhouse two feet high and two feet wide. He then put some of his mother’s favorite books in it and planted it in his front yard like a mailbox, hoping to start a little book exchange for his neighbors.  “It was a spiritual gesture,” he later said, but that gesture spawned what might be called the tiny library movement, leading to his founding a year later of a nonprofit organization called Little Free Library.  Since then, the little book-sharing boxes can be found on urban street corners and at suburban malls, in cornfields, forests, and lakesides, subway stations in New York City, police precinct buildings in Los Angeles and a refugee settlement in Uganda.  There is even a Little Free Library on the Yamal Peninsula in Siberia, for reindeer herders and their families.  In all there are over 75,000 boxes – in all 50 states and 88 countries.   And they all operate under the honor system: you take a book and sometimes you leave a book.

Mr. Bol was inspired by Andrew Carnegie, the steel and railroad magnate who at one point was the world’s richest man and who left a legacy of libraries around the world. The once-poor Mr. Carnegie believed that “the man who dies rich dies in disgrace,” and saw building libraries as a way for him to give back to society and help people help themselves. By the early 1900s, he had established 2,509 of them.  Mr. Bol wanted to surpass Mr. Carnegie’s feat. He set his sights on building 2,510 little libraries. It took only two years. 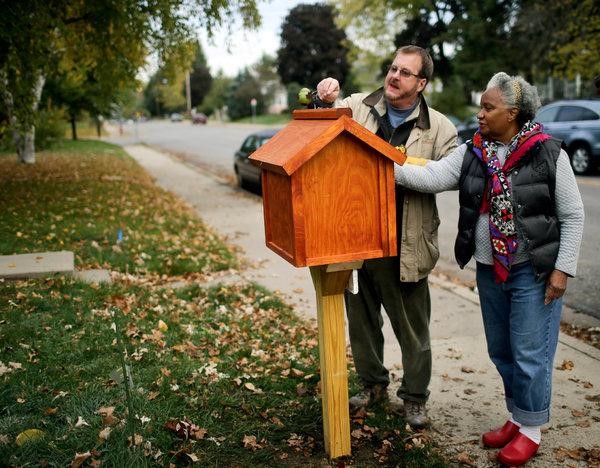 Bol never even sent out a news release to publicize his project – but small local papers and then the national media began noticing the phenomenon and writing about it.  “What was powerful about it was that all you needed was the idea.  It didn’t have 17 steps. You just built one and then put it up somewhere where people could access it.”

So, what idea do you have that you’ve never acted on?  Is there a product, a service, or some type of initiative mulling around in your mind that would be of service to others?  Todd Bol had an idea and used some wood in his garage to begin a movement that has spread reading and a sense of community to people all over the world.  And his own investment was simply choosing to do something to honor the memory of his mother.

Take that idea of yours and do something about it.  You too might change the world for the better!