What is Veterans Day 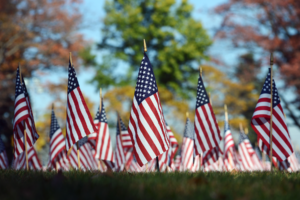 Yesterday was Veterans Day. Begun on November 11, 1919, it was originally called Armistice Day and was chosen as the day to honor the 11th hour of the 11th day of the 11th month of 1918, which signaled the end of WWI. It was commemorated in 1921 with the burial of an unknown soldier from World War I at Arlington National Cemetery in Arlington, VA. November 11 became an offical national holiday in the United States in 1938, and in 1954 President Dwight D. Eisenhower officially changed the name to Veterans Day – a day to honor all men and women who served our nation in the military.

In researching more about this day, I learned that over 1.3 million Americans have given their lives in service to our country:

Those that have served said yes whether or not they believed in the particular cause for which they fought. They served, fought, were injured and in 1.3 million cased, died – all because our nation asked them to. Giving up jobs, families, careers and futures, they served so that the rest of us could continue to experience the freedom and blessings that we as Americans enjoy.

And may the rest of us live lives worthy of their sacrifice – lives of greatness – the greatness of gratitude, service, love and mercy.

God bless America and God bless those who served our nation so well throughout our history, in many cases giving the last full measure of devotion. 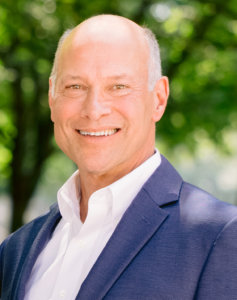 Check out this article's companion entitled, Charitable Giving Made Simple with a Donor Advised Fund.