> Wealth Notes > Inform > All Eyes on the G20 Summit This Weekend

All Eyes on the G20 Summit This Weekend

This Friday and Saturday, the G20 Summit of world leaders is being held in Osaka, Japan.  President Trump is already in Osaka as this note is being typed and multiple global issues will be discussed including global climate change, North Korea denuclearization, and tensions with Iran. 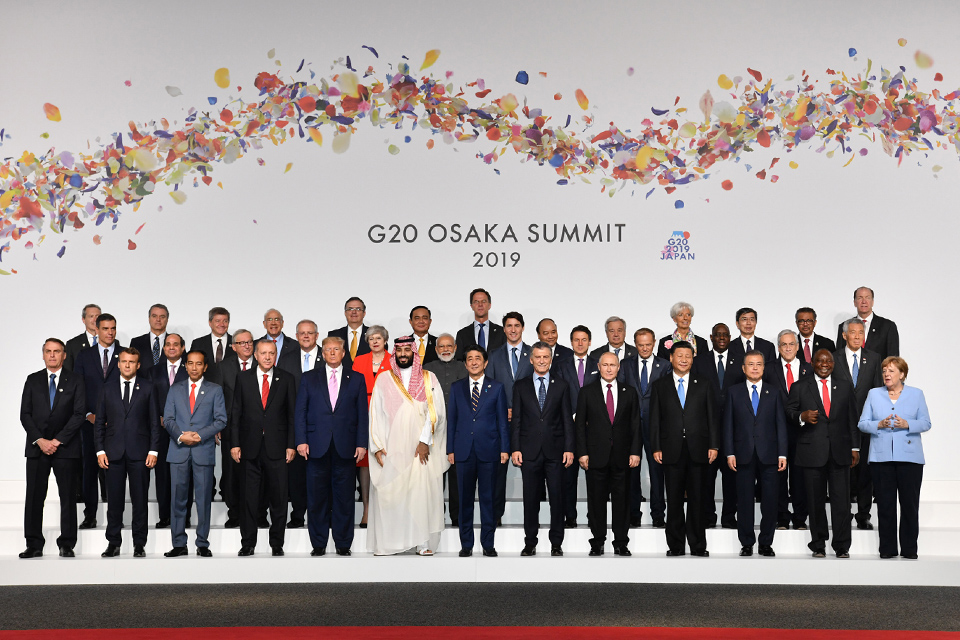 Perhaps the biggest focus for the financial markets is a highly anticipated meeting between President Trump and Chinese President Xi Jinping on Saturday for trade negotiations.  China has made its terms clear in advance of the meeting:

So far, the U.S. is demanding some tariffs remain in place to keep a larger trade agreement enforceable.  Both sides are digging in, so how likely is a deal?  It seems like both sides are far apart, but we’ve been intrigued to watch a market-based measure of assessing the odds on a deal happening.

Strategas Research Partners has put together a “China Trade Deal Basket” indicator.  The indicator is a basket of stocks which are likely to benefit the most from a trade deal and the indicator works by tracking the performance of the “Deal Basket” relative to the performance of the broader stock market (S&P 500). According to Strategas, the basket has been a solid leading indicator of trade negotiations by about two months.

Here’s how to read the chart – when the blue line is moving up, stocks which would benefit most from a trade deal are outperforming the broader market – a good sign.  On the other hand, when the blue line is moving down, trade-sensitive stocks are underperforming.  Where are we now?  The basket of trade sensitive stocks just hit a new all-time high relative to the S&P 500.  Based on this indicator, the odds of a deal have been moving up the last few weeks.  The Joseph Group is going to be watching the news closely this weekend, but based on market behavior, a deal could be closer at hand than people think…. 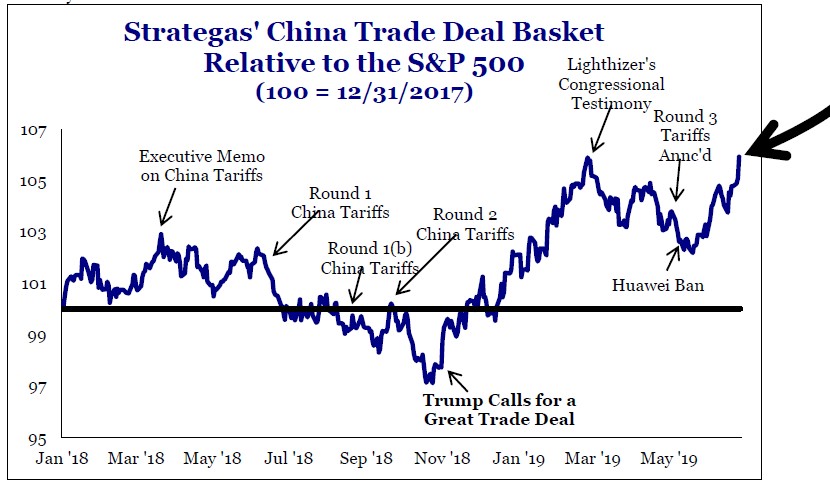