> Wealth Notes > Inspire > Gander and the Come From Aways

Gander and the Come From Aways 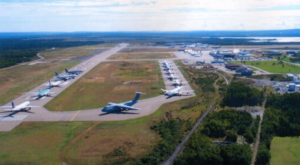 You may already know the story of Gander, Newfoundland and its role in 9/11. After all, the story was turned into a Tony Award-winning Broadway musical and that musical has now been made into a movie, just released on streaming service Apple TV+.

I was fortunate to originally hear this story from one of the “plane people” at a Rotary International Convention several years ago, and I think of this story each year on the anniversary of 9/11.

If you don’t know the story, read on.

On September 11, 2001, after it became apparent the United States was under attack, U.S. airspace was cleared. All of the planes in the air had to land somewhere, and 38 of those planes, carrying nearly 7,000 passengers and crew, ended up at the Gander International Airport in Newfoundland.

This airport had been one of the busiest in the world, serving as a refueling stop for pre-jet travel and staging point for WWII Allied aircraft headed to Europe. It has a large runway, and space for a lot of  planes. But the airport is in a town of about 10,000 people, and as planes were diverted, officials on the ground soon realized what would need to happen to accommodate these people needing refuge.

The town immediately went into action. While passengers sat on the planes for hours as officials scrambled to set up customs and immigration, residents of Gander and surrounding towns started making shelters. Every school, gym, community center, club, church and camp filled up with cots. Bus drivers, in the middle of a nasty strike, laid down their picket signs to get the passengers to the shelters.

Grocery store shelves were emptied as residents started cooking – ultimately so much food was donated that they had to turn the local ice hockey rink into a giant refrigerator. A group of mothers from New-Wes-Valley, an hour away, spent the night baking bread, buns and pies, and its mayor requisitioned the town fire truck to speed the food directly to Gander.

In this time before smart phones, the people coming off of the planes had very little or no idea what was going on, why they had been diverted to a remote location in Canada. Local residents had to break the news to them, showing them television news coverage.

One way the passengers and Gander locals connected was through their faith. The local library became a place of worship for many different faiths. A London rabbi created a makeshift kosher kitchen that drew 28 Jewish passengers, a Tibetan monk and one unexpected guest, a local Holocaust survivor.

To say this town of just under 10,000 people and its surrounding communities welcomed the passengers and crew from 92 countries with open arms is an understatement. It was an unthinkably huge undertaking, but so much of the beauty of the story is in the countless small kindnesses that happened over these five days.

The  stranded passengers were called “come from aways” – the term for anyone not from Gander, which ultimately became the name of the Broadway musical and movie. Claude Elliott, Gander’s mayor in 2001, said, “On the first day, we had 7000 strangers. On the third day, we had 7000 friends. On the fifth day, we lost 7000 family members.” There were many private, tearful goodbyes on Saturday, and then the come from aways were gone. But they did not forget the kindness.

While still stranded, the visitors donated more than $60,000 to the town through donation boxes. On one of the flights home, a retired fundraiser asked to speak to the cabin, requesting donations for a scholarship fund. By the time the plane landed, more than $15,000 was pledged, which later grew to $2 million and paid for well over 200 Newfoundland students to attend university. Many of the stranded still keep in touch and visit Gander. Some consider it a second home.

And they’d do it all over again. Kindness is woven into the very fabric of their nature — they don’t know any other way to live. In the words of Claude Elliot, “What we consider the most simple thing in life is to help people.”

Talk about great lives. What a simple, beautiful way to live – truly a lesson that should guide us throughout our own great lives. 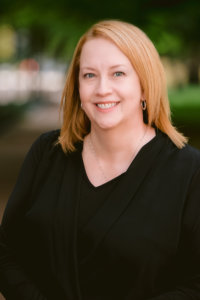 Sources: The tiny town behind a heartwarming 9/11 tale. The Sydney Morning Herald. An oasis of kindness on 9/11: This town welcomed 6,700 strangers amid terror attacks, usatoday.com.

Check out this article's companion entitled, Is It 2013 All Over Again?.