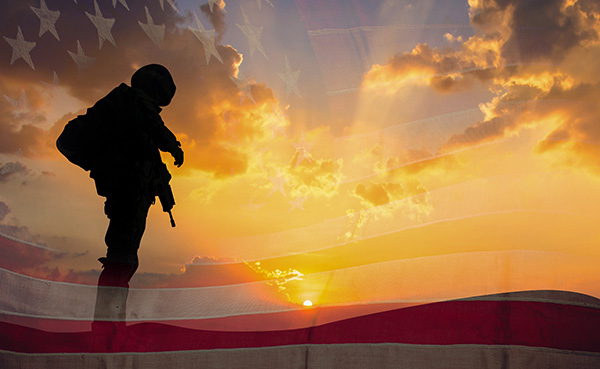 Next Wednesday, November 11, is Veteran’s Day. To salute our veterans, we are sharing an inspirational story about a veteran named Taylor Morris.

Taylor joined the Navy out of high school and was responsible for Explosive Ordinance Disposal (EOD). Throughout his training, the underlying theme was always to improve your situation. Fast forward a few years and Taylor was deployed to a very remote area of Afghanistan in the winter of 2012. This area was so remote, they were forced to sleep in tents even though there was two feet of snow when they arrived. If a truck broke down, it would have to be “towed” via helicopter. And consumable supplies were flown in and dropped out of cargo planes with parachutes.

Halfway through his deployment, Taylor stepped on an IED (Improvised Explosive Device) and lost all or most of all four limbs. He was flown to Kandahar for initial surgeries, flown to Germany the next day for more surgeries and then flown back to Walter Reed hospital in Bethesda, MD to spend the next couple years of his life with more surgeries and rehabilitation.

Taylor could not immediately be fitted for prosthetics as his wounds were still healing and were still swollen. But he immediately wanted to start improving his situation. This is a man who went from being very independent to 100% dependent on others overnight. So, he started teaching himself small things such as how to strap a utensil to his arm to feed himself. He learned to send text messages and surf the internet with his nose. Taylor joked “if you can feed yourself, text your friends, surf the web and watch Netflix, that’s like 50% of life right there.”

He eventually received his prosthetics, but again stuck with the theme of improve your situation. Walter Reed had an open-door policy in the prosthetics lab so here were five key ways he made improvements:

Taylor and his fiancé started a blog early during his stay at Walter Reed to update family and friends of his progress. Soon they started getting thousands of emails per day from people around the world requesting information or sharing how Taylor’s ideas had helped them. This was never the intention of the blog! So, his challenge to everybody is always look at your current situation and find one way to improve it. It could be at work, home, school…it doesn’t matter. Just improve it!

Thanks to all past and current military members for your service to our great country!

This WealthNotes article was written by Tim Petska, Client Advisor and Manager of Engagement Services

Check out this article's companion entitled, Election 2020 – Thinking Beyond November.