At last week’s Portfolio’s at Panera event, we asked the attendees to be Portfolio Managers for the morning.  Each client/friend of The Joseph Group was given a worksheet and was asked if they were managing an investment portfolio, whether they would be “Overweight,” “Underweight,” or “Neutral” across four primary asset classes.  The discussion that ensued was definitely lively.  Here were the general results from the attendees:

Bottom line:  clients and friends who attended last week’s Portfolios at Panera event strongly favored stocks over any other asset class.  One chart which supported the group’s opinion and got a lot of attention during the discussion is shown below: 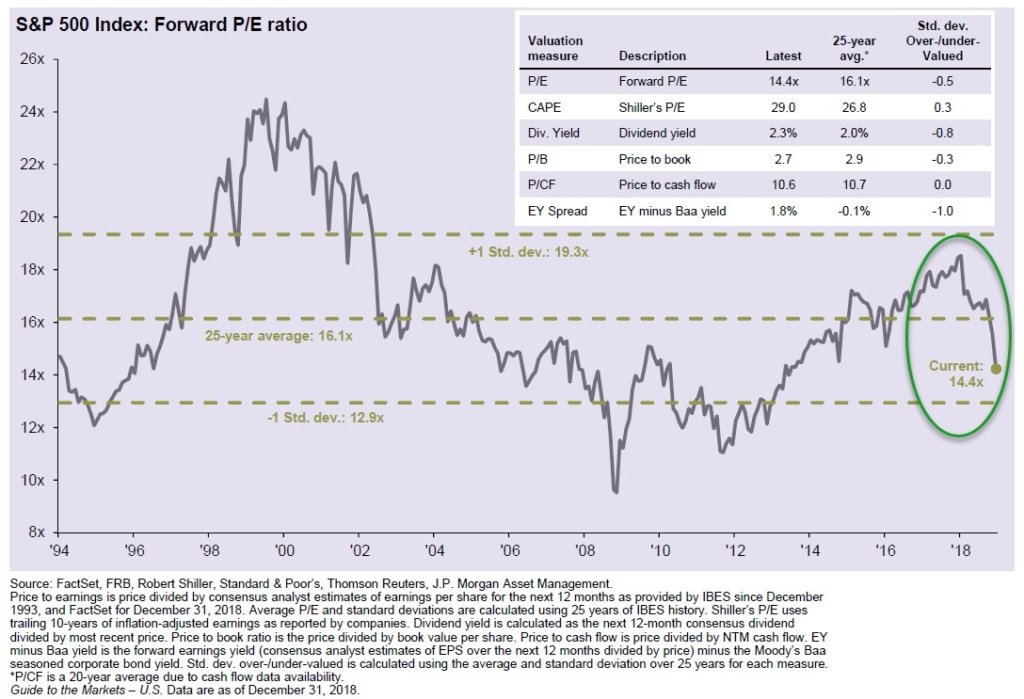 The chart shows that valuation for the S&P 500 based on the forward P/E ratio (S&P 500 index level divided by 2019 earnings estimates) was 14.4x times as of December 31.  Even though stock prices were lower last year, earnings were actually positive – meaning the P/E ratio declined.  The December 31st level of 14.4 is not only below its 25-year average of 16.1x, but it is also the lowest level the forward P/E ratio has been since 2014.  According to the attendees, if you liked stocks the last 2-3 years, it makes sense to continue to like them today when valuations are cheaper.

Check out this article's companion entitled, Connecting to a Cure.