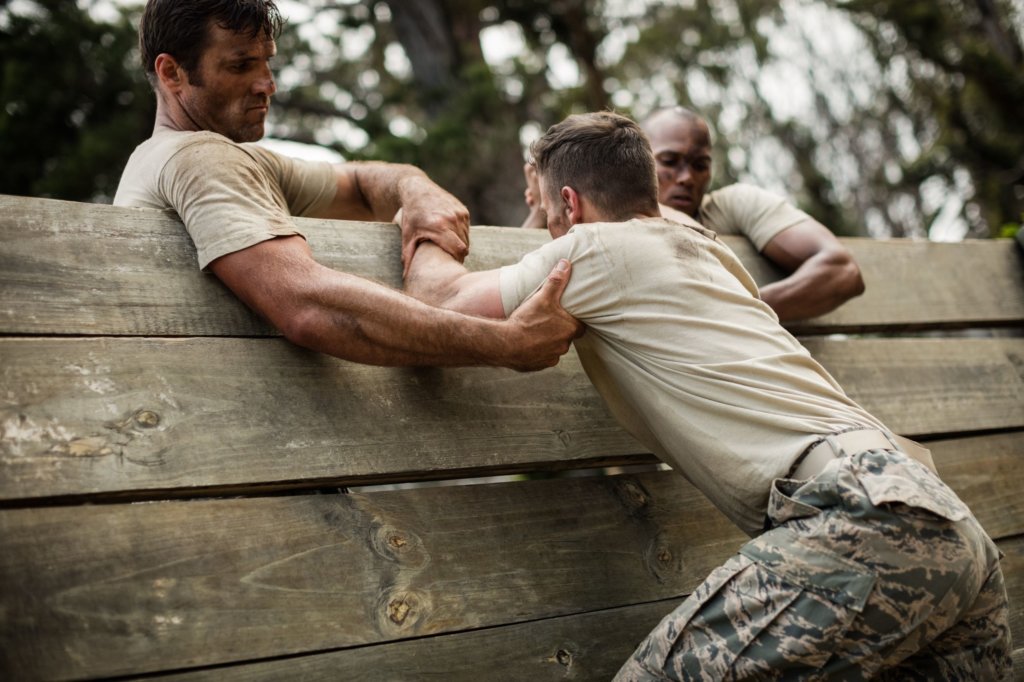 In 2011, Jim Collins, author of such business building classics as Built to Last and Good to Great, was offered a position as Chair for West Point’s Study of Leadership. Collins was busy at the time preparing for the release of Great by Choice, but West Point has been turning out “leaders of character” for more than 200 years, and Collins’ curiosity about the place led him to accept the offer.

A few months after arriving on campus, Collins stopped by the Hayes Gymnasium where cadets were engaged with trying to conquer various obstacles that made up the grueling (and required for graduation) Indoor Obstacle Course Test (IOCT). Most of those who were struggling with one of the obstacles had at least one or two other cadets standing nearby, coaching, critiquing, and cheering on their competitors.

West Point is a highly competitive place. Every cadet wants to do the IOCT faster than his or her peers. Every cadet also is extremely busy. Yet these cadets were taking time away from their studies and other duties to help their friends through the course.

And not only were the cadets more collegial, but they seemed to be happier – much happier – than students at civilian universities. How, Collins wondered, did such a burdensome environment produce such a happy, lively, and confident cohort of young men and women?

At a later point Collins had the opportunity to gather around a table with ten cadets to discuss a number of topics. Collins asked the question, “what is the opposite side of success?” “Isn’t it failure?” one cadet responded. Collins went on, “how many of you have experienced failure?”  They all nodded or raised a hand. “Does anyone get through West Point without feeling a sense of inadequacy?” Collins asked the group. “No” they said, more or less in unison. “From the outside it looks like everything here is difficult,” Collins said. “You keep getting decked. So why do you keep getting back up?”

“It’s better to fail here and have other people help you get it right than to fail in Afghanistan, where the consequences could be catastrophic,” said a cadet. Here, everybody knows it’s a learning experience. Indeed, repeated failure was built into West Point’s culture. Collins was hearing that in order to find your limit and experience the most growth, you have to go on a journey of cumulative failure. But another element to that culture is a commitment to service. Everything the cadets did grew out of their desire to serve. Why else would college-age students choose West Point over a civilian university where the demands were fewer, the discipline less, and the opportunity for fun and games infinitely more available?

So, what can each of us think about for our personal lives as we consider what was revealed to Collins during his time at West Point?