If you’ve been paying attention to the news lately, it seems the financial media is focused on negative headlines. Despite concerns related to Coronavirus, 2020 U.S. elections, and uncertain geopolitical risk, it’s worth noting that there is still good news to be found. One area of good news is the state of the U.S. consumer.

Consumer spending drives economic growth in the U.S. With more than two thirds of GDP comprised of consumer spending, if we want to get a good handle on the state of the economy and its prospects, it’s worth taking a look at how consumers are positioned. When we assess the health of the consumer it’s important to look at employment, debt levels, and savings rates. Why those three? They have a direct impact on consumer confidence and spending. Material weakness in any of those areas is a waving red flag for increased recession odds.

Let’s start with employment. It’s no secret that the US is in the midst of a long, healthy expansion in employment. The most recent monthly jobs report released by the Fed found that 225,000 jobs were added in January, with unemployment well below 4%. Adding fuel to the consumer fire is the rate of average hourly pay increases. At around 3% we are close to cycle highs, a marked improvement from levels in the early 2010s. As you can see on the chart below, the sources of job gains are well distributed, with particularly healthy gains in construction jobs. 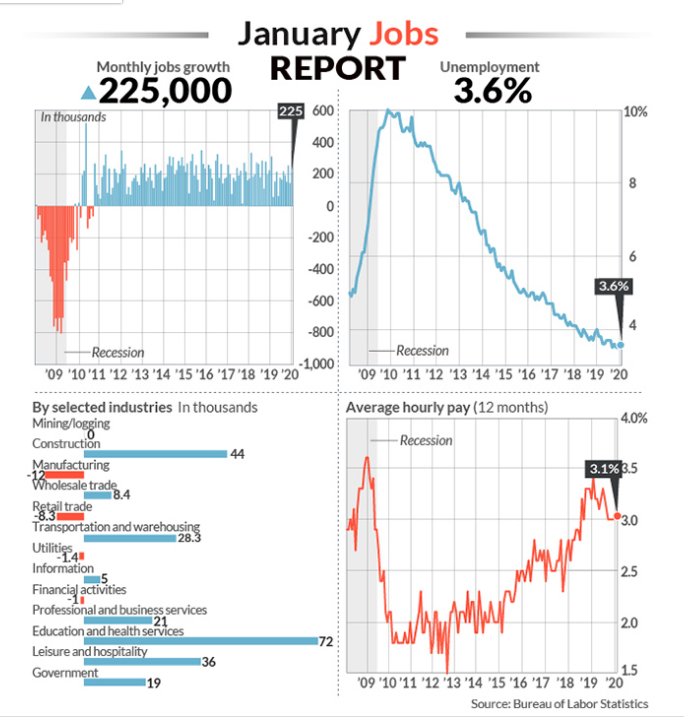 So, what about consumer debt? This next chart gives us some insight into that. Looking back to the early 1980s, we can see that debt payments as a percentage of disposable personal income have never been lower. What does this mean? It tells us the consumer isn’t out over their skis with regard to servicing their debts, and despite a lengthy economic cycle consumers aren’t behaving as they have in past cycles, steadily taking on more debt. 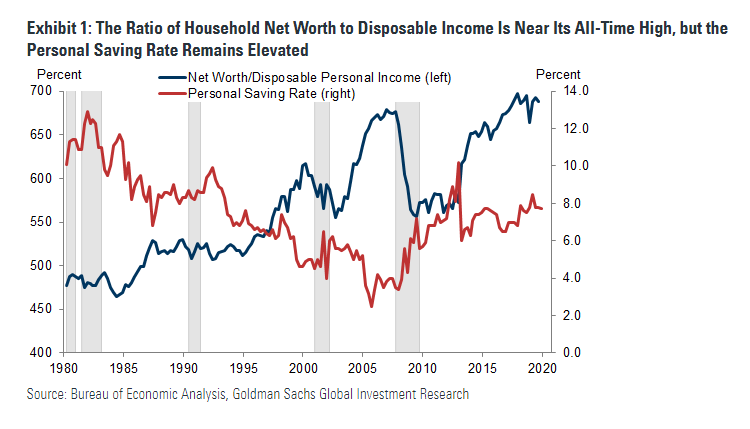 If we can take anything away from these charts it’s that the health of the U.S. consumer is strong. Remembering consumer spending is the most significant component of GDP in the U.S., it gives us some comfort knowing consumers aren’t overextended, are readily finding employment, and are putting money away at rates we haven’t seen since the early 1990s. What this means in the context of managing your portfolio is that despite reasons for caution, we’re also currently positioned for continued economic expansion. In a world of bold headlines with often dire news, it’s worth remembering there are good stories to tell.