In small pots in my basement there are a dozen American Chestnuts germinating. I investigate the pots daily, ensuring they’re getting enough moisture and enough light to properly germinate and send stems above the surface. Several have sent root radicles out of the chestnut with “green shoots” soon to appear. While a budding tree farmer by night, as an investment professional by day I’m looking for “green shoots” in economic data. As The Joseph Group’s CEO and CIO Travis Upton shared with us last week, the stock market often begins to turn at the sign of the first “green shoots,” not when the economy is in full bloom.

There’s no shortage of pessimism if you look for it. War, political dysfunction, a slowdown in manufacturing activity, and layoffs at big technology companies dominate the headlines. But, under the surface, are there things that might be worth paying attention to? Let’s start with the macroeconomic data we’ve seen so far this year in the US. The December jobs report that was released on the 6th of January showed still healthy levels of job creation, but a slowdown in wage growth signaled that inflationary pressures may be easing.

Following the December jobs report was the December inflation data, released this past Thursday. While the change in the headline Consumer Price Index is still high year-over-year, it declined month-over-month, with core inflation (goods and services excluding food and energy) up 0.3% month-over-month. The concern in recent months has been around core inflation and how “sticky” it is. The Federal Reserve’s battle against inflation was and is a top concern in markets throughout 2022 and into this year. If the data continues to show a slowing in inflation the need for hawkish, restrictive monetary policy begins to ebb. This tends to be a positive for markets. 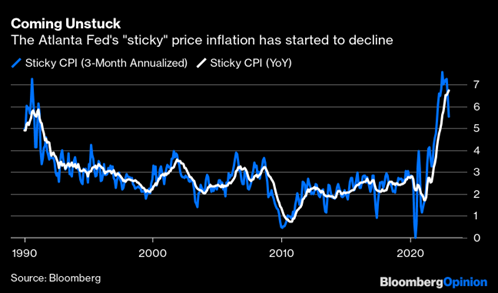 We need only look abroad to see how green shoots can quickly change investor sentiment and turn markets. For much of 2022 the worst news seemed to be coming out of Europe and China. But the final two months of the year saw a decline in energy prices, a slight improvement in economic survey data, and a complete about-face in the Chinese Communist Party’s handling of COVID-19 restrictions in China. 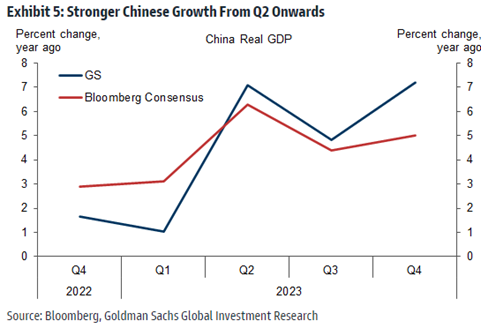 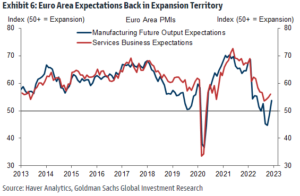 These green shoots abroad, where current activity isn’t all that great, ignited a blistering rally in European and Chinese stocks. Since late September, the MSCI EAFE Index (stocks in Europe and Japan) is up over 25%. Not to be outdone, since bottoming on Halloween an index of Chinese Large Cap stocks is up over 50%!

The point here is that in markets, direction of travel matters more than absolute numbers. When green shoots begin popping above the surface and the news goes from “bad” to “still bad, but better” markets are usually staging their first leg of the rally. While we aren’t ignoring the still present risks in markets in front of us, we’re also not going to neglect the important task of looking for green shoots. 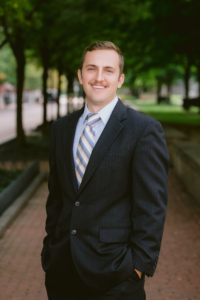 Check out this article's companion entitled, The 1-Minute Rule.