Move Forward By Forgiving Yourself

Our company was privileged to take 30 local business leaders up to Marion Correctional Institution on Tuesday, October 16 for a day-long retreat with 30 inmates – all of whom are participants in a program called Embark, which helps incarcerated men and women prepare for their release and accompanies them for at least a year once they have returned to society.  Offered by Kindway, a local Christian ministry, Embark has an amazing success rate – only 2 of the 110 Embark graduates have returned to prison, versus a national recidivism rate approaching 45-50%.  For more on Embark and Kindway, go to www.kindway.org. 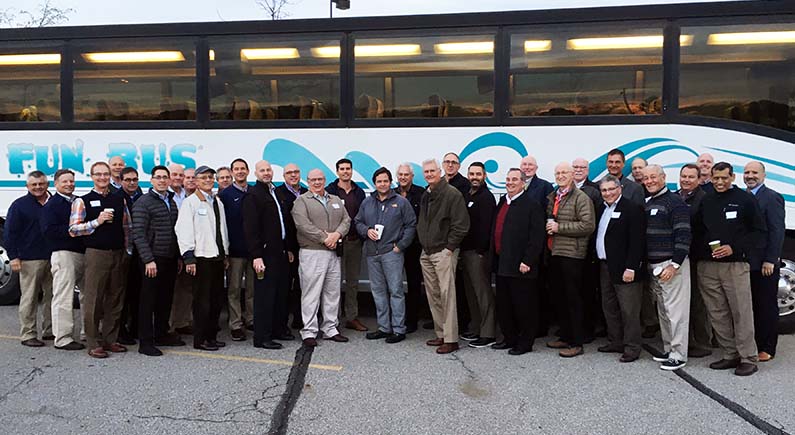 The 30 incarcerated men we met up there have had a powerful conversion to Christ and as part of Embark, they have gone through intensive classes designed to help them modify their decision-making skills.  Upon their release each of them will work with their mentor or “navigator” (a Kindway volunteer – typically a retired man with a business background) who will help them deal with all of the challenges facing any returning citizen: getting a driver’s license; finding an apartment; locating a job; getting clothes; establishing a budget and getting credit; and on and on.  Some of these men have been incarcerated for over 30 years so they are returning to a society dramatically different from the one they left.

One of the most impactful things we did that day was a “forgiveness” exercise.  All 60 of us were given a small piece of paper and asked to reflect on our lives over the years and identify three or four people we needed to forgive.  We were asked to write their names on this paper and one at a time we were asked to come forward to drop our piece of paper into a small tank of water.  The paper we had been given was a kind that dissolves in water and so as we dropped those names into the tank, the piece of paper disappeared.  As that was happening we were asked to mentally envision ourselves forgiving each of the people written on the sheet for whatever they had done to us – and to see that resentment and anger melt away as their names dissolved.

When the exercise was completed, we discussed it as a group.  Perhaps not surprisingly, we learned that many of us had put our own name on the sheet – in other words, one of the people we each felt the need to forgive was ourselves – for past decisions and actions we had made that damaged ourselves or others.  It’s hard to move forward in life if we’re burdening our minds and emotions with past mistakes.

You might spend a few minutes today reflecting on your own life.  Are you limiting your future because of past mistakes for which you continue to blame yourself?  Are you dissipating your valuable emotional and mental reserves with things, events and actions in your past that can’t be changed?  Move forward by forgiving yourself – mistake by mistake.  Learn what you can from them and then determine to never reflect on them ever again.  You have one life to live and that life is happening today – right now.  Live it – with passion, purpose, and joy!

Check out this article's companion entitled, Looking for Leadership in the Midst of the Market Correction.