> Wealth Notes > Inspire > One of Many Heroes from 19 Years Ago

One of Many Heroes from 19 Years Ago 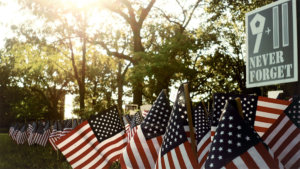 Tomorrow marks the 19th anniversary of the September 11th terrorist attacks on the United States. Where were you? I was a young marketing research manager at that time and it still feels like yesterday. I still remember specific conversations and looks on people’s faces as the events unfolded. I remember a colleague named Nicole coming to my office to tell me “they just hit the Pentagon!” I remember worrying that our non-descript office building might be a target because military contractors occupied other suites and Wright Patterson Air Force base was one mile away. I remember sitting on my couch in the middle of the afternoon (we obviously closed the office like many others) watching news coverage when I heard what sounded like a massive explosion outside my front door in the quiet suburb of Centerville, outside of Dayton. After a few minutes of panic, we discovered it was a sonic boom from military jets scrambling to escort the President back to Washington. I have lots of other vivid memories. But that won’t inspire you. Maybe this will…

Rick Rescorla was already a decorated military hero from his days as an army officer in Vietnam, earning the Silver Star and other awards for his heroism on the battlefield. After the conflict, he started working in security and eventually became head of corporate security at Morgan Stanley, occupying a few floors in the South Tower. Rick was very worried about employee safety in the World Trade Center ever since the 1993 terrorist attack, recognizing the building evacuation had gone so poorly. So, he had developed an emergency evacuation plan that he made the Morgan Stanley employees practice over and over.

After the first plane struck the North Tower, Port Authority issued an announcement over the PA system that everyone in the South Tower should remain calm and stay at their desks. Rick could not believe what he was hearing and immediately started working to evacuate all 2,700 Morgan Stanley employees. Armed with a bullhorn, he started the evacuation process and most of his colleagues were already heading down the stairs when the second plane struck the South Tower. To calm his colleagues, Rick was heard singing “God Bless America” and “Men of Harlech” on the bullhorn as everyone was descending the stairwell.

Shortly before the South Tower collapsed, Rick called his wife. She relays the conversation from him as “Stop crying. I have to get these people out safely. If something should happen to me, I want you to know I’ve never been happier. You made my life.” Rick was last seen on the 10th floor of the South Tower heading back up the stairs to look for any stragglers. His body was never found. But he is credited with making a decision that saved 2,687 lives. All but thirteen Morgan Stanley employees safely exited the building. 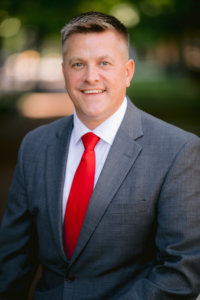 Check out this article's companion entitled, Infrastructure – Not Just for Politicians.