> Wealth Notes > Inform > Report from Land of the Rising Sun

Report from Land of the Rising Sun 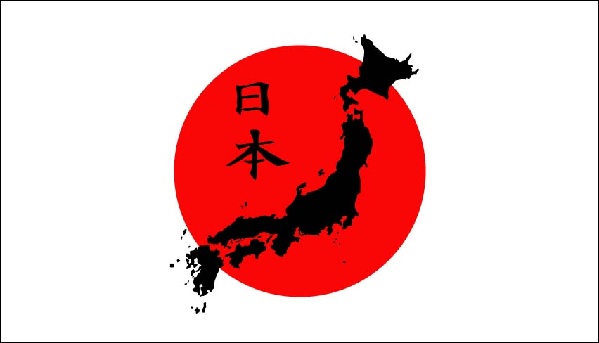 Japan is known as the “Land of the Rising Sun,” but could it also be known as the Land of the Rising Stock Market? So far in 2015, foreign stocks have broadly outperformed U.S. stocks, but European companies seem to be attracting the most attention. Japanese stocks have risen alongside Europe, but seem to be flying under the radar. In a recent trip to Asia, Mary Catherine Sinclair, International Economist for Strategas, said “by far the largest surprise to (Asian) clients was how unloved Japanese equities are by U.S. investors.” The implication to her statement is if U.S. investors have not “caught on” to the investment opportunity in Japan, then the “Japanese investment theme” could have room to run.

Japan has long had a struggling economy mired in deflation. However, Japanese Prime Minister Shinzo Abe’s economic policies known as the “three arrows” of fiscal stimulus, monetary easing, and structural reforms appear to be having an impact. The Economist magazine characterized the “three arrows” program as a “mix of reflation, government spending, and a growth strategy designed to jolt the economy out of suspended animation that has gripped it for more than two decades.”

As an example of the impact Abe’s policies seem to be having on the economy, the chart below shows inflation in Japan over the last 10 years. After falling prices for the better part of the decade, deflation in Japan appears to be giving way to “good” inflation. 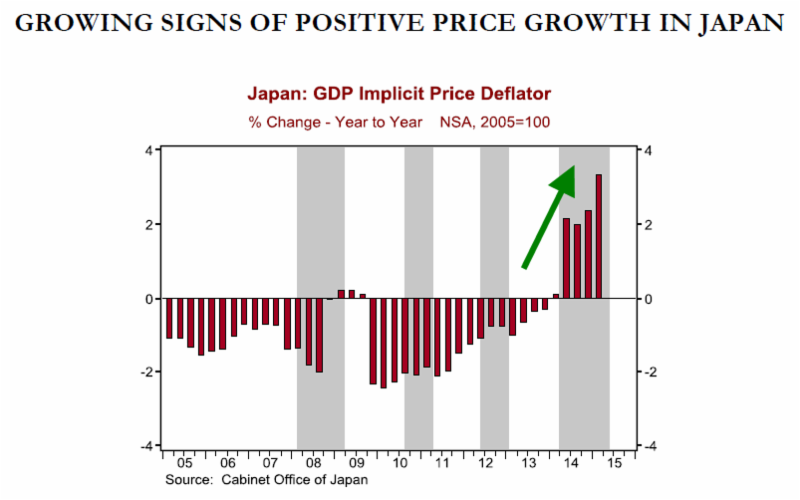 In a recent webcast, Dr. David Kelly, Chief Global Strategist for JP Morgan, stated “I feel better about Japan than I have in a long time…” and then went on to cite three key reasons why:

The fact that Japan’s central bank is buying stocks is an important point. According to Strategas, “while the Bank of Japan remains accommodative, Japanese stocks are a good bet.”

It is worth noting that Japan makes up about 8% of the global stock market as measured by market capitalization and most diversified international funds have about 15-20% of their portfolios invested in Japan. As with any investment, risk needs to considered, especially when currencies are involved, but developments in Japan are certainly something we are paying attention to.

Check out this article's companion entitled, May I? Thank you. Pardon Me..