We are in the early stages of second-quarter earnings announcements in the U.S., and things are looking positive. In order to grow earnings every year, there are really three levers a company can pull: 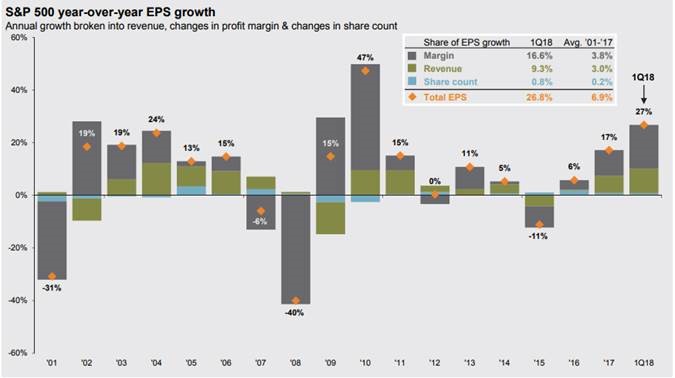 As shown in this chart, JPMorgan found revenue growth and margin expansion have historically been the primary drivers of earnings growth. In other words, a company is best able to grow earnings by selling more goods and keeping costs low, while share buybacks have not added much to this growth.

Again, a large percentage of earnings growth was driven by sales growth and improving profit margins – not necessarily companies buying back stock. It seems intuitive and simple, and it is, but it may not make for an interesting news headline!

Check out this article's companion entitled, Always Stronger Than Yesterday.