> Wealth Notes > Inform > Stocks Up but Earnings Estimates Down – What Gives?

Stocks Up but Earnings Estimates Down – What Gives?

So far in 2019, stock prices have gone up but analyst estimates of corporate earnings across the world have been declining.  The chart below looks at MSCI World (the entire global stock market) earnings estimates for 2019.  Since October, the estimate for global earnings has fallen from about $144 per share to $137 per share (see the red dots), a 5% decline in expected earnings. 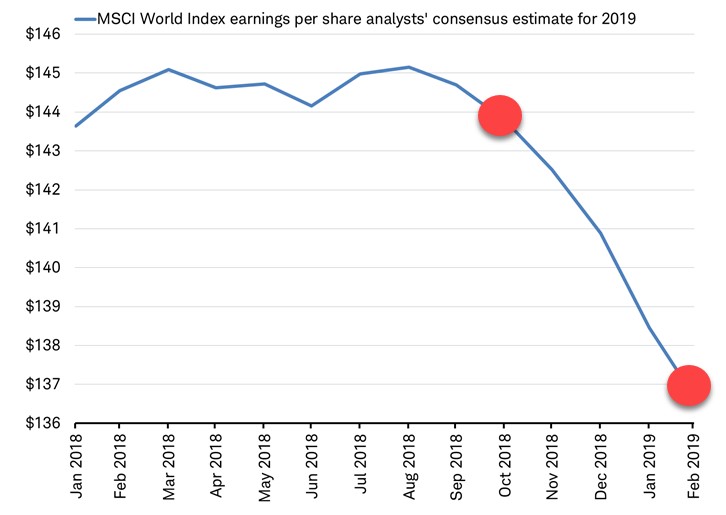 So, if earnings estimates are going down, why are stock prices going up?  In short, it’s because multiples are expanding – investors are willing to pay more for those earnings as they have become more confident in the future outlook for interest rates and the economy.

So, what are the implications of rising stock prices, but falling earnings estimates?  There are two key things we are focused on: 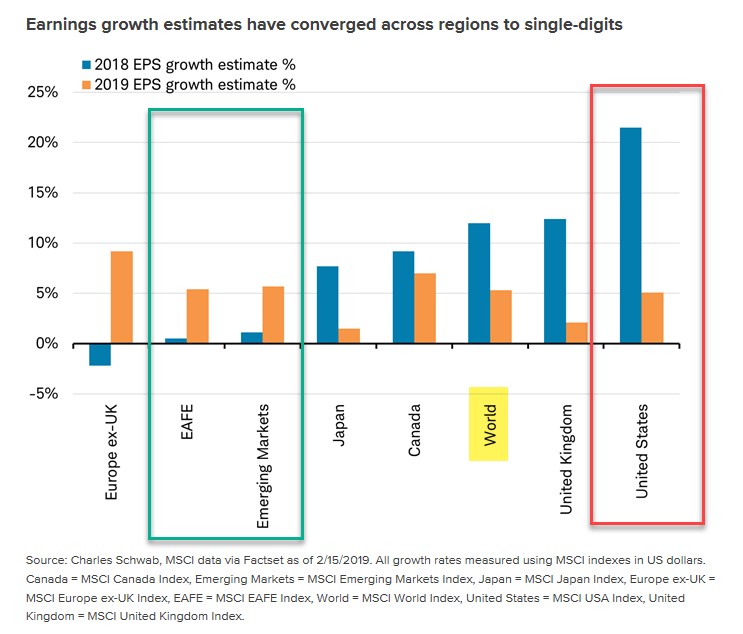 The convergence in earnings growth across the world implies a global approach to stocks continues to make sense throughout 2019.  Also, being aware of the interplay between corporate earnings and multiples paid for those earnings help us identify risk levels and guide us toward where we want to overweight and underweight asset classes as we seek to achieve client objectives.