> Wealth Notes > Inspire > Stop and Listen to the Music

Stop and Listen to the Music 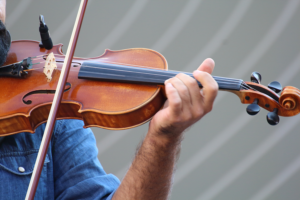 Could a world-renowned violinist play unannounced in a public place and not draw a crowd? If this happened, would that say – if anything – about our ability to recognize beauty?

There’s a post that goes around social media from time to time about this very thing – a world class violinist played a Washington, D.C. Metro station and no one really noticed. I saw this post a few weeks ago and wondered if the story was real – so much of what gets shared online is not – so I did a little research.

The story is real (although some of the details in the Facebook post are not) and it happened in 2007. As a social experiment, The Washington Post convinced star violinist Joshua Bell to “busk” unannounced and with no fanfare, to play for 45 minutes during morning rush at a busy D.C. Metro station.

Bell started just before 8:00 AM, playing some of the most beautiful works ever written for violin on a Stradivarius worth more than $3.5 million. Into the Stradivarius case he placed a few small bills and some change, to encourage tips.

D.C. is a city of commuters and commuters often see people playing music on the street or in a station. Would anyone recognize what was happening here?

Gene Weingarten was the Post writer behind this “experiment in context, perception and priorities.” He had no idea what the response might be. The Post actually had conversations about the possibility of needing crowd control.

During the 43 minutes Bell played, 1097 people passed through the station. About six minutes in, one person stopped and leaned against a wall, listening. Another man stays for nine minutes of Bell’s performance. And right at the end, a woman who saw Bell perform three weeks earlier recognized the musician and stood to watch. In between, a few people threw some money in the case. So, all told, a small handful of people paused as they walked past and three stood to watch for any period of time. He made a total of $52.17 – and $20 of that was from the woman who recognized him.

The entire thing was captured on hidden camera, and many of the people who passed through the station during the performance were stopped by Post personnel and told they were part of a commuting study and might be called later so we know what many of the people were – or were not – thinking. Many heard the music but did not recognize the quality. Most were rushing to work – too hurried to stay even if they wanted to. Some were wearing headphones and didn’t even hear the music.

But what does this tell us experiment about our ability to recognize beauty? As Weingarten says in his article, this is an old debate, “Plato weighed in on it, and philosophers for two millennia afterward: What is beauty? Is it a measurable fact (Gottfried Leibniz), or merely an opinion (David Hume), or is it a little of each, colored by the immediate state of mind of the observer (Immanuel Kant)?”

At least with this experience, it feels like Kant is right. Americans are busy, we’re always in a rush. Maybe commuters didn’t want to encourage musicians in the station. Maybe they were headed to a hard day at work or were just too wrapped up in their own heads to appreciate the beauty of the music.

One telling result from the experiment: “There was no ethnic or demographic pattern to distinguish the people who stayed to watch Bell, or the ones who gave money, from that vast majority who hurried on past, unheeding. Whites, blacks and Asians, young and old, men and women, were represented in all three groups. But the behavior of one demographic remained absolutely consistent. Every single time a child walked past, he or she tried to stop and watch.” Children recognized the beauty.

And back to our original Facebook post, the one that sent me researching this story. It brings up what I think is the most important question in all of this – how many other things are we missing as we rush through life? Take a moment this weekend to stop and appreciate something beautiful in your world.

(If you have a few minutes, read Weingarten’s article here – he won the 2008 Pulitzer Prize for featuring writing for this beautiful piece.) 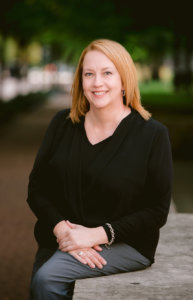 Check out this article's companion entitled, One Step Forward, Two Steps Back.