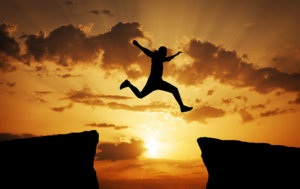 How often have you said or heard “I’m fine, it’s fine, he’s fine, she’s fine? Mel Robbins, a renowned motivational speaker and talk show host delivered a powerful Ted Talk a few years ago called “How to stop screwing yourself over.” I’ve listened to this a few times and would love to share some of the highlights with you.

Getting what you want is simple. It’s not easy; but it is simple. The problem is one word – FINE. Everyone always says things are fine. Saying you’re fine means you don’t have to do anything about it. People have convinced themselves that it is fine not having what they want. But here is a scary statistic:  over one-third of Americans are dissatisfied with their lives (that’s over 100 million people!). Mel says part of the problem is people won’t pick what they want. They aren’t selfish enough with what they want and are too worried about the opinion of others.

But you’re not fine…you’re fantastic! Every single person has ideas that could change their life or even the world, but typically do nothing about it because again, things are fine. People constantly hit the proverbial snooze on amazing ideas, mainly because when they have an idea to change an aspect of their life, they don’t feel like it. But here is a fact. You’re never going to feel like it! Scientists call the force required to get you to try something new Activation Energy. If you want to get healthy, or start a company, or write a book, or anything outside of what you normally do, Activation Energy is required. You have to force yourself to do it.

Our brains have two modes…auto pilot and emergency brain and it’s probably not a surprise to anyone that auto pilot is the brain’s preference. You get emergency brain anytime you do something different. This is why people constantly do the same routines; but it’s also why so many people are bored in life. Whenever you have an idea, you have five seconds to find the Activation Energy to act on the idea or emergency brain will kick you back to auto pilot.

Just like food and water are basic needs for the body, exploration is a basic need for you soul. You need to force yourself to be uncomfortable. So many people feel stuck or bored and that’s a signal that their exploration need isn’t being satisfied. So, here’s a tip that Mel gave:  Tomorrow, set your alarm for 30 minutes earlier and force yourself to get up. No snoozing! You will come face to face with the force needed to make changes. The first 3 seconds will really stink, but then you will have forced yourself to act on something and get outside of your comfort zone. Try it! And if this topic hits home for you, take 21 minutes and listen to the entire Ted Talk (linked below).  Stop being satisfied with fine. Be fantastic!

Source: Mel Robbins. How to stop screwing yourself over. TED Talks

Check out this article's companion entitled, Weeks Where Decades Happen.