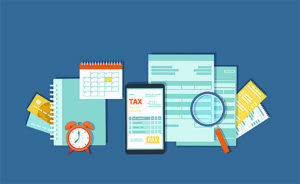 What a difference a couple months can make! Early in December we hosted a webinar on “Post-Election Year-End Planning Strategies” where we discussed among other things, the Biden Tax Proposal. At the time, all eyes were on Georgia. If the Republicans were to win only one of the two senate seats, much of the tax planning around the Biden plan would have been a moot point. But with the Democrats winning both Senate seats, and a 50-50 split, Vice President Harris is the tie breaking vote in the Senate. The likelihood of future tax changes has certainly increased. With that in mind, let’s revisit some of the key Biden proposals impacting individuals:

Ordinary Income Tax Rates: Increase the highest individual income tax rate from 37% to 39.6% (the highest tax rate in effect prior to the 2017 Tax Cuts and Jobs Act).

Individuals with Incomes Over $400,000: During the campaign season, President Biden drew a line in the sand at $400,000 of income. He didn’t define what that income is (e.g. wages, taxable income, adjusted gross income) nor did he say if this is for single filers or married filers, so there is some ambiguity around who this impacts, but we know he wants to make several changes for folks above this income level:

Retirement Contributions: Replace the current tax deduction for contributions to traditional retirement accounts (which is deducted at an individual’s ordinary tax rate) with a tax credit applied at a specified rate (expected to be approximately 26%).

Estate Planning: Reduce the estate exemption from the current $11.7M per person level to $5.85M per person, thereby eliminating the increased estate exemption created by The Tax Cuts and Jobs Act of 2017. President Biden’s tax plan also eliminates the step-up in tax basis that occurs at death; tax basis currently “steps up” to the fair market value at the date of death.

Of course, all these tax proposals are just that – proposals. Even though Democrats have control, there are several moderate Democrats that might not approve some of these measures. Negotiation will be necessary, and the timing of when any new legislation is passed AND applied (retroactively?) is very much up in the air.

As planning situations arise throughout the year, we will need to consider these possible tax changes in our decision making, but we believe patience will be rewarded. We recommend revisiting this discussion closer to the end of the year. That said, it is tax time, so as you meet with your tax professional or Joseph Group Advisor, don’t hesitate to ask how these changes could impact you. After all, we wouldn’t want the end of the year to be too taxing! 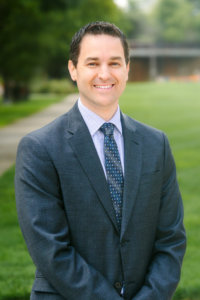 Check out this article's companion entitled, Be Bearers of Hope.