> Wealth Notes > Inspire > The Little Things Can Change Your Life

The Little Things Can Change Your Life 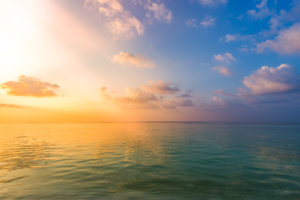 Little things can make a big difference, and for scuba diver Roger Hanson, a tiny seahorse changed his life.

­Roger has been diving for 30 years, and loved the way being under water slowed him down and quieted his mind. He grew up on a farm, but as an adult he lived a restless life – moved all over the country, married four times, worked as a teacher and coach – always looking for something to make him feel good about himself.

A few years ago, diving in shallow water off Long Beach, California, Roger saw a tiny orange seahorse near the ocean floor. He knew the waters there were too busy and cold for the Pacific seahorse. But watching that tiny creature changed everything for him. He returned day after day to check on the seahorse, and found more. He built a sheltered area for them on the bay floor and they moved right in. He kept notes, took pictures, and ultimately shared his observations with marine biologists and even ended up on the local TV news.

He thought the attention was the respect he craved, but then he found all the activity drove the seahorses to hide; he had scared them away. From then on, Roger let the seahorses call the shots. He realized they were not like him. They were calm, and content. They “played their role in God’s ocean drama.” His time in the ocean and observing the seahorses made Roger realize that he was enough. God’s love was enough for the seahorses, it could be enough for him. He could stop his lifelong search for validation.

Roger found himself in the ocean. Is there a place where you are a better person? What do you do that brings out the best you? Keep your eyes open for the little things that just might change your life.

Check out this article's companion entitled, Where Are Potential Opportunities as the Market Moves Higher?.