The Olympics Light a Torch for the Stock Market 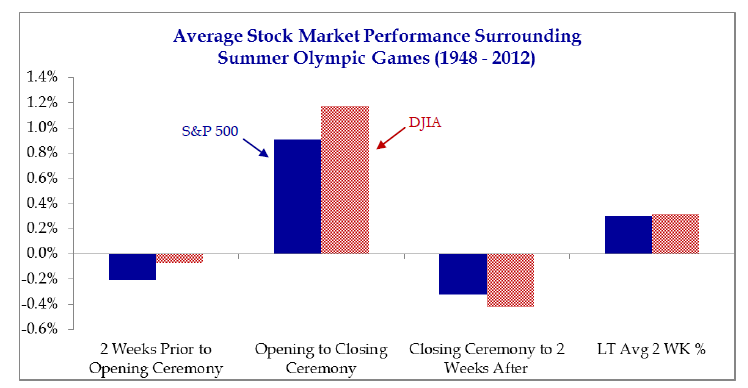 Looking at two weeks certainly should not be the foundation for a long-term investment strategy.  However, during these Olympic Games, history says the stock market is less likely to take a dive like Upper Arlington native Abby Johnston, and instead is more likely to vault to new highs like Gabby Douglas.

Check out this article's companion entitled, Staying in the Game.