Is Trump’s decision to raise tariffs from 10% to 25% on $200 billion dollars’ worth of Chinese goods impacting consumer behavior?  It sure did at the Upton house.  Here is the story:

My wife has wanted to replace our kitchen floor for years.  Our kitchen has the original vinyl flooring from when our house was built about 20 years ago and there are places the vinyl is peeling away from the sides, not to mention a gash by the entryway.  Having three kids and being somewhat cheap (I would rather put money in investment accounts than buy a new floor!) replacing the floor never seemed like a huge priority to me.

After trade talks between the U.S. and China fell apart, I saw one of my friends at church, Sheldon Yoder, who owns a carpet and flooring company in Clintonville.  A couple of years ago, Sheldon and I spent a week in Peru together on a mission trip and got to know each other well.  Sheldon, knowing what I do for a living, asked me, “are clients going nuts with the tariff stuff?”  I told him this year we have increased our short term bond holdings as the market has moved higher, and as a result, we are in a good position to cushion against volatility.   The short term bond allocation also means we have money we could use to buy if there was a bigger market dip.  I then asked Sheldon what he was seeing in his business.  Sheldon said, “Prices are going up in a few weeks.  Since the new tariffs Trump announced only apply to newly produced goods and not what is currently on the way over on the boat, we will see price increases of about 7 to 8% take effect in early June.”  Looking at the date, I asked him, “We’ve been thinking about replacing our kitchen floor, would it be possible to get things measured and ordered before the tariffs take effect?”  Sheldon said we would have to get moving on it, but we could definitely do it. 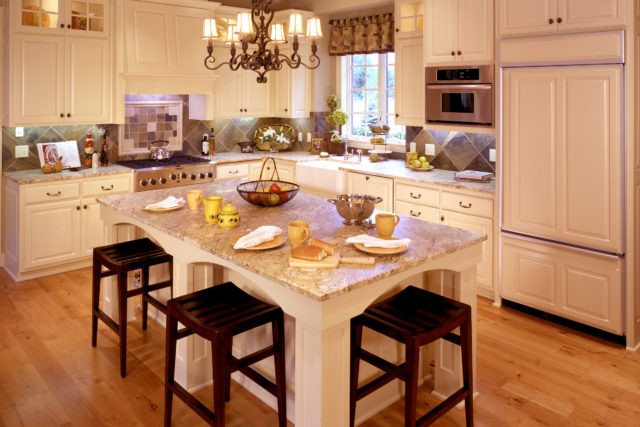 So, what can we take away from the experience this week at the Upton house as we look at implications for the broader economy?  There are three points:

A week later, what’s happened in the last week at the Upton house?  There are a couple of things.  First, we got everything measured and are in the process of finalizing color for our new kitchen floor as I am writing this Wealthnote.  Second, I (Travis) am needing to reconcile the guilt I am feeling over the fact Trump announcing tariff increases spurred me to action more than my wife’s desire for a new floor.  I’m definitely realizing I’m cheap and need to be more in tune with my wife’s feelings.  To add insult to injury to the last point, here is a funny bit of irony – the kitchen floor we ended up going with was produced and manufactured in the good ‘ol US of A…tariffs did not make a difference in what we purchased.  The good news is though, my wife is happy.