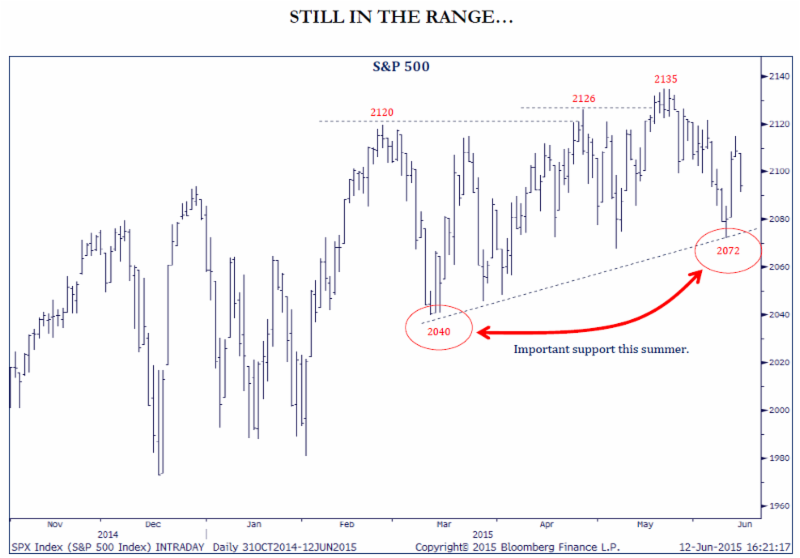 One of the key questions we have been asking in The Joseph Group’s Investment Strategy meetings is “What could make the market break out of this sideways pattern to one direction or another?” In an attempt to answer this question, we’ve tried to look at possibilities in both directions.

Our bullish case for a higher U.S. stock market focuses on the fact that we are clearly seeing improving economic numbers. During the first three months of the year, the U.S. economy contracted by -0.7% which was a major disappointment. However, looking forward, acceleration in manufacturing activity, increasing construction spending, and growth in wages all point to stronger economic growth in the 2nd half of 2015. Continued signs of a stronger economy could push up earnings expectations and stock prices in the months ahead.

Our bearish case for a weaker U.S stock market actually focuses on the bond market. The Federal Reserve is widely expected to end its “Zero Interest Rate Policy” (ZIRP) in September of this year, and this time the market seems to believe it. Not only are we seeing higher inflation expectations beginning to be priced into the market, but in the last month, longer-term interest rates have risen throughout the world (see chart below). Concerns about how the market may act after years of zero interest rates could cause investors to sell first and ask questions later. 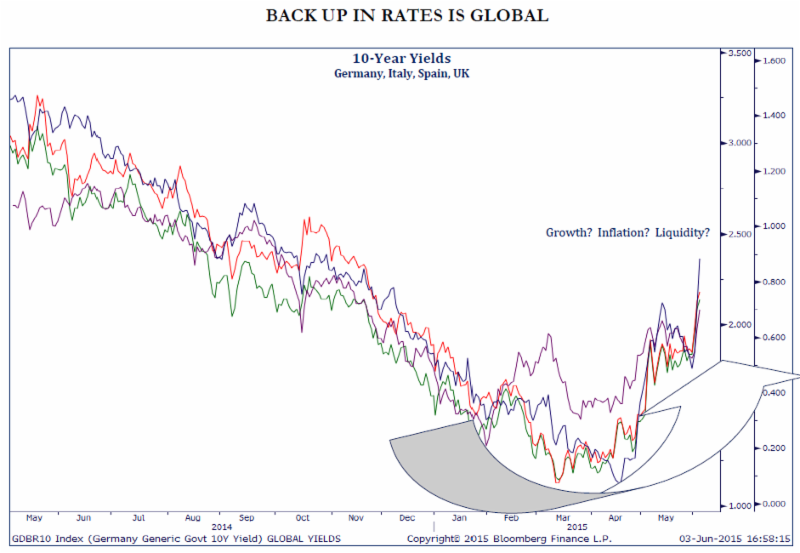 A trading range like this means we need to be patient, but diligent. We need to be patient as the “up 100 points, down 100 points” behavior that U.S. market indexes like the Dow exhibits in times like this is simply frustrating noise that has little to do with investors’ long term goals. At the same time, Howard Marks said it best – “Investors face not one, but two major risks: the risk of losing money and the risk of missing opportunities.” We know this trading range will end up resolving itself by going one direction or the other – we want to be diligent about managing both possibilities.

Check out this article's companion entitled, Become a Better Leader by Being a Better Reader.