> Wealth Notes > Inspire > What Would You Like Me to Do for You?

What Would You Like Me to Do for You? 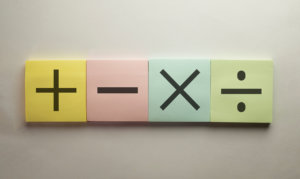 In Winning with People, John Maxwell wrote about The Elevator Principal. In our relationships, we either lift people up or take people down. And he suggested that there are, essentially, four kinds of people: (1) adders, (2) subtracters, (3) multipliers, and (4) dividers.

In other words, we are either the wind beneath other’s wings or the anchor on their boats.

People who add value to others make a conscious choice to give of themselves. They are intentional in their actions. And we enjoy being with them, don’t we?

Subtractors, on the other hand, are the complainers, whiners, and mess makers in our lives. They don’t lighten our loads; in fact, they tend to make our loads heavier. And sadly, they tend to do it unintentionally. They are subtracters by nature, and we’re left having to just deal with them.

The multipliers are not just intentional about adding value. They’re strategic about it and have a skillset we need to advance our mission. They are service oriented and collaborate anyway they can. They bring fresh ideas, clarity of vision and a leverage to our strengths. They seemingly live to see us succeed and are willing to help.

And whereas we must tolerate the subtractors – we avoid the dividers. Why? They’re negative and hurtful, and typically intentional about being so. They are the toxic people in our midst who wreak havoc in our lives and do damage to our relationships.

We are called to be adders and multipliers who are intentional in not just adding value to others but in helping to lift others up to higher levels on their quest to fulfill their potential and purpose.

At our core, we all aspire to be lifters. We don’t want to be negative people—subtractors, or worse, dividers. Although, I suspect I can behave that way, sometimes, if I’m not careful.

We just celebrated Black History Month, and the great multiplier, Dr. Martin Luther King, Jr. And like him, we all want to be more positive and have greater influence in the lives of those around us.

We can all be adders who lift people up. Lifters are intentional and make the conscious commitment to being more cheerful, kind, and encouraging of others every day—even if only in small ways.

I recently reached out and connected with an old business acquaintance. She lives in New England, and we haven’t talked in maybe three years. I was sad to learn that she had started drinking again, lost two jobs and has been in and out of rehab twice. The good news is that she’s been sober for nine months and is working, again, albeit in a big box store for $17.00 an hour.

In the end, all I could do for her from 700 miles away was encourage her, invite her to stay in touch, and offer to pray for her as she seeks to get her career back on track.

So, what would you like me to do for you? 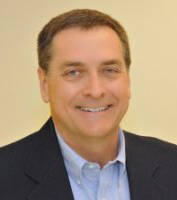 Check out this article's companion entitled, A Conversation with “Chris” About Markets and Ukraine.