Events coming out of North Korea are on the minds of many investors. As tensions between the United States and North Korea increase, we would expect market volatility to also increase. Is the saber rattling between President Trump and Kim Jong Un a reason to sell?

Looking at lessons from history, the effects of geopolitical tensions on the markets have been short-lived and markets have tended to recover quickly. Let’s look at a few examples:

The table below (Source:  Northern Trust) looks at market statistics during select geopolitical crises. In each instance, the market had a “correction” and then quickly recovered. Looking at an average of 21 crises (post-1940), the average market decline was -4.3% over an average period of 8 days. However, the market was back to its starting point, on average, 37 days later. Investors who look at their statements quarterly likely would not have even noticed anything happened. 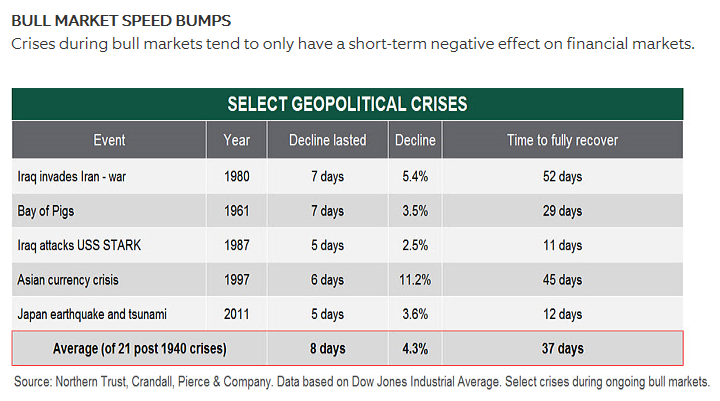 The lesson from history The Joseph Group’s investment team has focused on the most as an historical analogue was the Cuban Missile Crisis in 1962. The chart below shows what happened to the S&P 500 in the midst of the crisis. U.S. stocks experienced a correction of -11% over a two-month period from mid-August to mid-October, 1962. Upon resolution of the crisis, the S&P recovered over the next two months to finish higher than where it started. An investor in large U.S. stocks who was looking at their returns over four months would have seen higher values over the four month period. 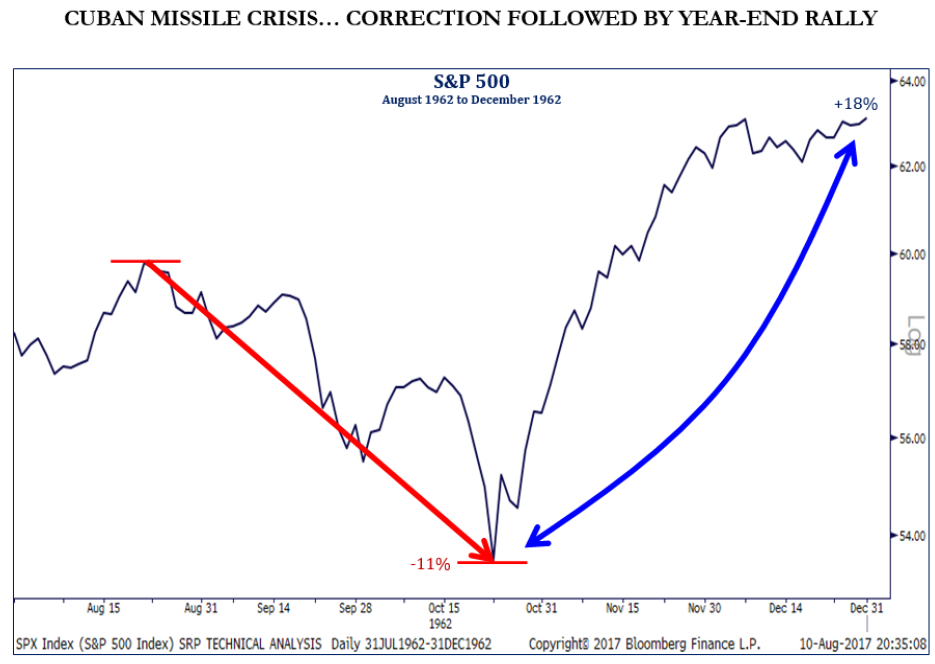 Mark Twain is often credited with the quote, “history doesn’t repeat itself, but is often rhymes.”  The situation with North Korea is clearly uncharted territory, but history shows that past instances of uncharted territory have been good buying opportunities for investors.

Check out this article's companion entitled, Goals Worthy of Your Greatness.