> Wealth Notes > Inform > To Everything There is a Season

To Everything There is a Season

I once had a boss whose mantra was “everything is cyclical.” She would say this when we were discussing investment trends and asset classes that were either in favor or out of favor. There is great wisdom in understanding this. The Byrds did an excellent cover of Ecclesiastes 3 in their 1965 hit ‘Turn, Turn, Turn’. Cyclicality is baked into our understanding of the world. The astute investor will recognize this and look for the “turn”. Some of the most important turns today are the changing interest rate environment, an end to disinflation in commodities, and a shift in leadership in stock markets.

Interest rates have been falling for the last 40 years. In the last gasp of the stagflationary period of the 1970s, US 10-year government bond yields were in the mid-teens in the early 1980s, before steadily falling in nearly a straight line to well under 1% in 2020. That is a very long cycle and one that favored bond investors, as prices on bonds rise when yields fall. 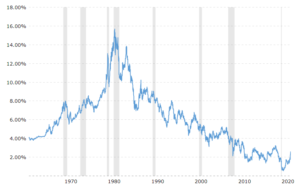 Today appears to be a turning of this cycle. While I don’t think we revisit levels seen in the late 1970s or early 1980s, any rise in yields from their historically low levels is painful for investors, as the following chart shows. 2021 was only the fourth year since 1977 in which bonds were negative. Never in that time were bonds negative two years in a row. In portfolios we have the privilege of managing for our clients we “saw the turn” and have been “underweight” bonds since the middle of 2020. 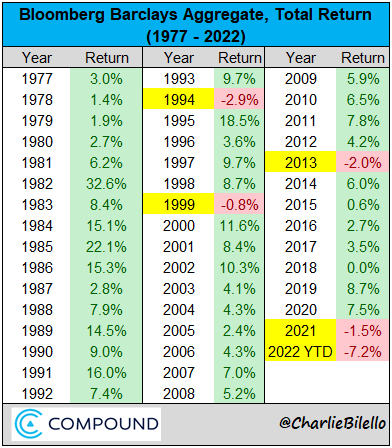 Being underweight an asset class like bonds should naturally spark the question, “what are you overweight”? One cycle we were painfully aware of was the moribund returns for commodity investors in the 2010s. Real assets as we define them (commodities, real estate, infrastructure stocks) were a mixed bag in the last decade. Many investors had given up on them, fearing the cycle would never end (a headscratcher). The Bloomberg Commodity Index peaked at 233 in early 2008 only to fall to  around 60 in April of 2020. That’s a 74% decline. Commodities are surely dead, right? Enter the turn. Commodities have rallied 108% since then. Owning a small slice in many of our clients portfolios has been a profitable trade and has blunted some of the recent pain we’ve seen in bond markets. 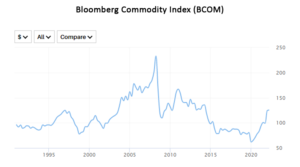 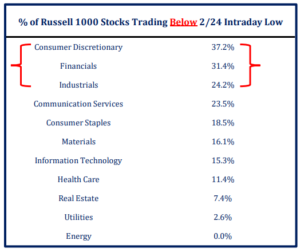 Finally, the turn in equity leadership has been fascinating. Investors had given energy stocks up for dead in the years leading up to 2020, and began putting nails in the coffin in early 2020. Health care stocks have struggled despite increased health care spending in the pandemic era. As for real estate stocks and utilities, investors rightly ask if those are safe places when interest rates are rising. Yet all four of these sectors are the top performing parts of the market year-to-date! With meaningful exposure to these areas across client portfolios the willingness to own an under loved part of the market is paying dividends, literally.

Looking at cycles and anticipating turns sounds simple, but it’s challenging. The easy path is to assume what’s worked will continue to work. Our job is to think beyond what’s right in front of us and question which cycles may be turning and act on it. While no investor will get all of these calls right, calling some of them correctly and acting on them decisively can make a meaningful impact to investment returns.